Bobby Fulton On Roman Reigns: “Get Rid Of Him Or Turn Him Heel. It’s Plain And Simple!”

Well-known wrestler “Fantastic” Bobby Fulton was interviewed by James Walsh on Interactive Wrestling Radio where he explained why Roman Reigns should be fired from WWE.

On deciding to call it a career and retire:

“I was actually going to retire last year in November. The reason I decided it was time to jump off is I’ve still got pretty good health and I’d like to keep it that way. I’m 57 years old. When I get in that ring, I want to give it my all. The thing of it is, 40 years is good. It was a dream of mine as a kid. I spoke to an elementary school today. Yeah, I told those kids if they have a dream and a desire and a passion than they can accomplish those dreams. I mean that. Yeah, I want to tell every child that. I had a chance to live a dream. Not only that, sir, but I got a chance to go further than I ever thought that I could.”

On being paired with Tommy Rogers for the “Fantastics” team:

“Well, Tommy and I met in Memphis, TN for Jerry Jarrett’s company. He was a singles wrestler. I was a singles wrestler too. We were both Junior Heavyweights. The Rock and Roll Express were out and they were looking for a tag team in the old Mid South territory, Bill Watts’ old territory. Superstar Bill Dundee chose me, Cowboy Bill Watts chose Tommy. They put us together as a 90-day replacement team and the rest is history!”

On the rumor that Tommy Rogers may have killed himself:

“Tommy Rogers passed away. It wasn’t suicide. That had been brought up especially when he first passed. He choked in his sleep on some food he had eaten. I considered him a dear friend but not only that, he was a brother in Christ. We both had accepted Christ as our Lord and Savior.”

On promoting shows versus being a wrestler:

“Well, let me tell you something brother. In the 90’s, I was promoting wrestling. I’d get called by the wrestlers and they’d say, “Hey Bobby, how’s the house looking?” I’d say, “It is looking pretty good.” They’d say, “Well, I need more money then.” Finally, I got so frustrated with it, I was driving down the road one day and heard about Tough Man competitions. Well, I got into that business in 1993 and I stayed in that business until 2010 – Promoting Tough Man competitions that I called the Toughest Brawl.”

On the modern era of wrestling with so many promotions and if it mirrors the independent circuit:

“Actually, it is not like the territory days. The way I see it, there is a large under-current of backyard wrestling that is hurting professional wrestling. Anyone that uses the term “independent” to me, I wouldn’t use it. That’s already a step down. We’re all supposed to be professional wrestlers. We had 4 or 5 hour car rides with the older generation. Those were our classrooms. What you have now is guys who might have 4 or 5 lessons from somebody and then they open up a wrestling school and they don’t really know what they’re doing. It is a long stretch of not good quality. There’s the WWE, there’s Ring of Honor, there’s Impact Wrestling. There’s a small string of good promoters out there. But, there are a lot of people that shouldn’t be in the wrestling business.”

On working the WWF in 1997 against Tommy Rogers in a one off match:

“Here’s the deal. Jim Cornette was trying to convince VInce McMahon to do that (light heavyweight) tournament. I said, “Let me and Tommy Rogers wrestle each other.” Here’s the deal, I had a business. Yeah, I was making so much money, I didn’t want to stop my business. I was never a WWF WWE guy. Yeah, I loved the more Southern style of wrestling. I had an opportunity in 1983. Eddie Gilbert was in the WWF, do you remember, and had a real bad automobile accident. He was Bob Backlund or Sgt. Slaughter’s trainee. Right about when Vince was taking over, I had a feeling they were gong to offer me his (Eddie Gilbert’s) position. I was’t interested in going then. In 1997, I had my own business. I wasn’t interested.”

On his view of current wrestling:

“If he can’t get over as a babyface and the people are booing him, fire him! Get rid of him or turn him heel. He’s not getting the job done. It is plain and simple! They gotta make a change somewhere. People just ain’t buying Roman Reigns.”

On if he’ll really retire this Saturday:

Check out Fulton taking on Rogers: 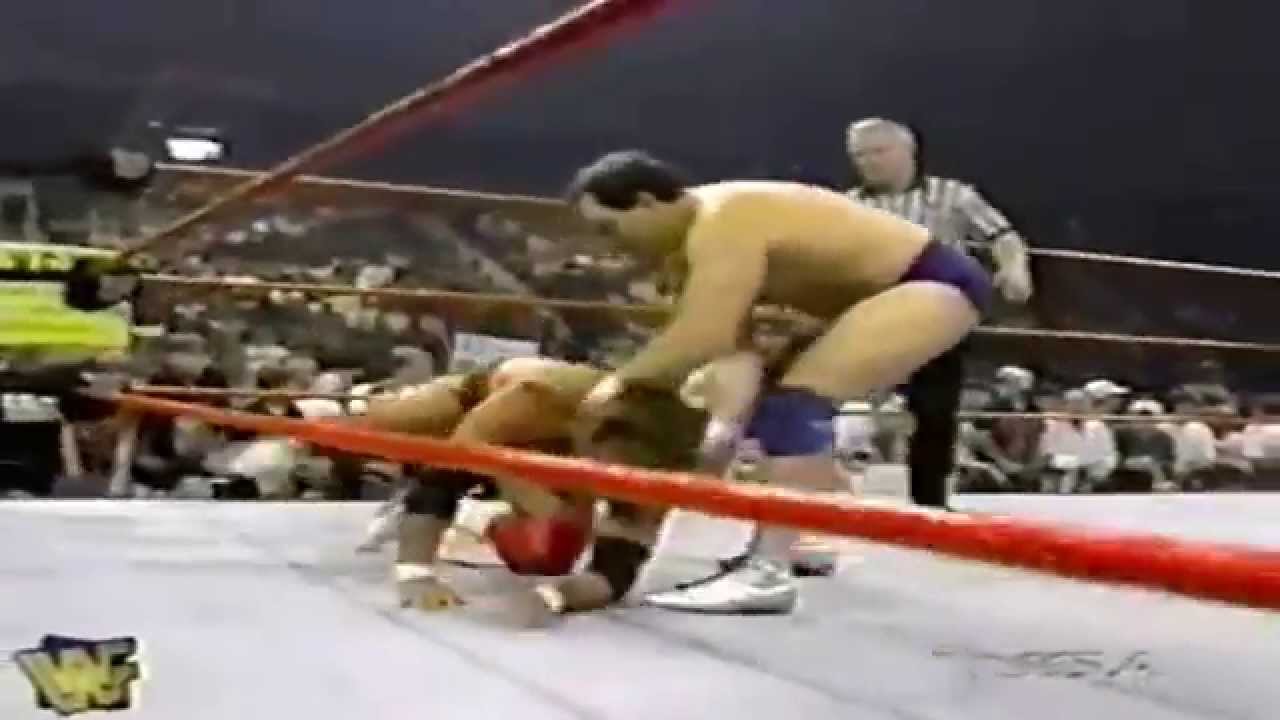 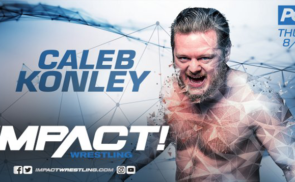