Emma on Being From Australia, Who Has Supported Her, Locker Room

Emma was interviewed by NewsHub where she spoke about returning to Australia and New Zealand, who has supported her on her journey and the locker room in WWE.

On being able to perform in Australia and New Zealand:

“I used to go to the Australian Open at Rod Laver Arena, now it’s really crazy to think I’m on the other side of the curtain and people are coming out and paying to watch me. That’s a special moment you have to take it all in and realise just how far you have come.”

On how watching The Rock, Trish Stratus and ‘Stone Cold’ Steve Austin made her want to enter the wrestling industry at eight years old:

“I fell in love with wrestling. I remember thinking that ‘there must be some way I can learn how to do this’ and I never snapped out of that mind-set. I found an independent wrestling school, learnt my trade and just went from there –  now I’m here in the WWE.”

On the support of her mother:

“My mum is one of my biggest supporters. She is the one who helped me break into wrestling and start training at such a young age even though she didn’t necessarily want me to. I nagged here so much and she would come with me to training and keep an eye on me. Because of her support I kept training all the way through school and by the time I was 19 she knew I wasn’t snapping out of it – she knew it was the only thing I ever wanted to do. There were no questions asked. Wrestling was the only thing I was doing.”

“The rollercoaster that is the wrestling world – the injuries, the matches that I will never forget, all of that is just part of the journey to where I become women’s champion and wrestle at WrestleMania. At that point I can look back and just be so thankful and satisfied with everything I have done to get to that moment.”

On how social media plays a part in what she does:

“There are so many talented females on our roster, so yes it can be hard to stand out, but in saying that I have one of the biggest social media following on the entire WWE roster. It has really worked for me recently because of my fans, the comments I had been getting from them made me react to it and you can see it’s really paid off in the last few weeks. It’s about time too, the whole #GiveEmmaAChance thing is real. I mean when do I get my chance at the championship, I have never had that and it just goes to show how social media can help.”

On being involved in a multi-women match for the Raw Women’s Championship during the tour:

“I have a fully decked out Australian outfit ready. I’m coming back to my side if the world, I am really excited to win the match and put myself on top of the Raw women’s locker room.”

The match we have decided to feature below is highly suggested if you’re a fan of Emma. It features a highlight of her bout against Mickie James from ‘Raw‘ this past week, as Emma finally managed to get a win. 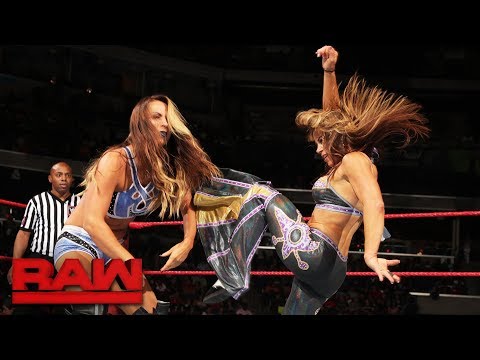 What are your thoughts on the Emma character? Are you a fan? Should she be Champion? Let us know in the comments below or over on our Facebook page or Twitter account. Additionally, you can find me on Twitter at @SOSNH1995. We also want to remind you that we have a Newsletter you can sign up to. This will allow us to send you the best news in one place via an email. We also have the Wrestling Rumors app that we encourage you all to download to get updates faster than they release on our various pages. It is available on Android and iOS devices. 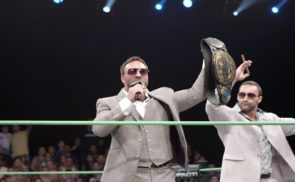