We were speculating for some time that Tye Dillinger would make his main roster debut at the Royal Rumble. He did, but he also sort of didn’t.

Tye showed up in the Rumble at #10, just as we desperately hoped he would. The speculation had been running rampant, and you could tell by the “10!” chants that filled the crowd on that part of the countdown that everyone in the arena had the same thought.

But then Raw and SmackDown both went by with no appearance from Dillinger, and the recent NXT tapings certainly indicate his feud with Eric Young isn’t yet over. Why?

On the most recent episode of Wrestling Observer Radio (subscription required), it was revealed that Tye was brought in without any thought of bringing him to the main roster. Obviously, many talents are in NXT to be groomed for an eventual call-up to Raw or SmackDown, but Dillinger was expected to stay with the developmental brand.

Tye had previously wrestled in WWE’s relaunched ECW, and was brought back in as an experienced hand to work with newer talent. Suddenly, however, he came up with a gimmick that had gotten over at house shows and on TV, and was a star within the confines of NXT.

Dave Meltzer compared Dillinger’s position in the company to Zack Ryder’s, where–no matter how over he might get–WWE might not believe he’s got staying power. He could certainly change some minds, but he hasn’t done that yet–which is why he’s still in NXT.

Do you think Dillinger has a future on the main roster? Let us know in the comments below, or on Facebook! 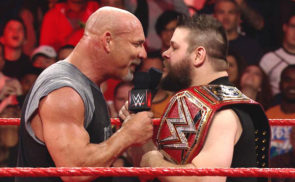 Report: Here’s What to Expect From the Fastlane Card