ROH World Heavyweight Champion Claudio Castagnoli was recently interviewed by Bleacher Report, where he discussed several topics. Among them were joining AEW, winning the ROH Heavyweight Championship, the future of the Blackpool Combat Club and more.

On joining AEW and the matches that he had:

“[Blood and Guts] was awesome in a way that I was thrown right into the fire,” he said. “It was a kind of trial by combat, so to speak. Trial by Blackpool Combat Club [laughs]. I wrestled Zack Sabre Jr. that Sunday in a very, very technical match. I think he’s probably one of, if not the, best technical wrestlers in the world.

“And then there was the Blood and Guts match on Wednesday where I was in from the beginning to end. I’m always looking for challenges and that was definitely a big one. It’s so much fun to be in the ring with the Blackpool Combat Club.

“I’ve only known Wheeler Yuta for about a month, but it feels way longer. Bryan Danielson, Jon Moxley and William Regal, His Lordship, I’ve known for such a long time, and it fits like a glove. It’s really awesome. It’s really fun. It just worked.”

“And for me, it was also kind of coming home to Ring of Honor for the world title that I never had the chance to capture when I was there. And in that final moment, it was just kind of ‘You’re going to do it. You did it. I did it.’ It was a very special moment for me.”

On the future of the Blackpool Combat Club:

“We’re always looking for good additions,” he said. “I think the key is, who’s gonna step up? It’s somebody who needs to fit the group’s needs and to have the mentality and the ability. The AEW locker room is full of people who have the potential. Who can realize that potential?”

They also discuss competing in a powerlifting competition, being featured on UpUpDownDown, some rapid-fire questions, and more. 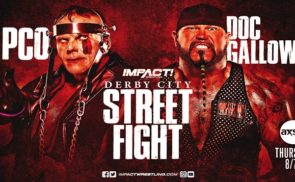 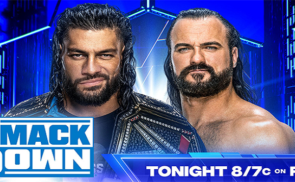