The boss is back. WWE issued a press release today, announcing that its Board of Directors has unanimously elected Vince McMahon Executive Chairman of the Board. In addition, Stephanie McMahon has resigned as co-CEO and Chairwoman of the Board and Nick Khan will serve as the company’s sole CEO.

Statements from several executives were issued in the press release:

Vince McMahon:
“First, I’d like to express my full support for Stephanie’s personal decision. I’ll forever be grateful that she offered to step in during my absence and I’m truly proud of the job she did co-leading WWE. Stephanie has always been the ultimate ambassador for our company, and her decades of contributions have left an immeasurable impact on our brand.

“I’m proud to announce that Nick Khan will serve as WWE CEO. Nick’s business acumen and mastery of the media industry have helped catapult our business to record revenue and profitability. Together, we look forward to working with the Board at this critical moment in time to review our strategic alternatives and maximize value for all WWE shareholders.”

Stephanie McMahon:
“I cannot put into words how proud I am to have helped lead what I consider to be the greatest company in the world and I am confident WWE is in the perfect position to continue to provide unparalleled creative content and drive maximum value for shareholders.”

Nick Khan:
“Stephanie McMahon is a terrific executive and an even better person. It has been an honor to serve as Co-CEO with her. She will only continue to succeed.

“I’m grateful to Vince McMahon and our Board of Directors for their ongoing support. I look forward to continuing to work closely with them and my WWE colleagues to ensure our company may thrive as the premiere powerhouse in sports entertainment for years to come.”

Stephanie also issued the following statement on her resignation:

About 8 months ago, I took a leave of absence and within a few weeks, unexpectedly had the opportunity of a lifetime. I had the privilege to return as the Co-CEO and Chairwoman of the Board of WWE. I cannot put into words how proud I am to have led what I consider to be the greatest company in the world, working alongside a remarkable leadership team and one of the strongest executives I have known in my Co-CEO, Nick Khan.

Our Founder, Vince McMahon, has returned as Executive Chair and is leading an exciting process regarding strategic alternatives. And with Nick’s leadership and Paul “Triple H” Levesque as Chief Content Officer, I am confident WWE is in the perfect place to continue to provide unparalleled creative content and drive maximum value for shareholders.

WWE is in such a strong position, that I have decided to return to my leave and take it one step further with my official resignation.”

Then. Now. Forever. Together. pic.twitter.com/8dqr5reIiv

It is known at this time whether Triple H’s role will change; however, as of now, he is still The Chief Content officer for the company and head of creative.

This news comes just days after Vince returned to the board in an official capacity.

2023 is shaping up to be, perhaps, the most important year in the company’s history. With Vince returning after a giant scandal, and several rumors circulating that the company is going to be sold, we could see some major changes in the landscape of the biggest professional wrestling company in the world. 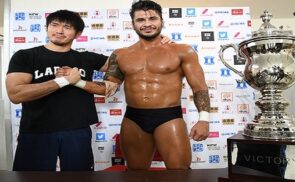 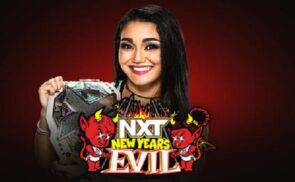