It can happen anywhere. There are a lot of ways to present a wrestling show but at the end of the day, almost all of the action takes place in the ring, or at least the arena. It can be nice to break out of the same place every now and then, as you can find some different ways to present a story. That was the case this weekend, as a fight broke out in a surprising place.

Over the weekend, AEW ran an angle at an autograph signing featuring Brody King attacking Darby Allin. King appeared at Allin’s signing in Seattle and powerbombed him through a table before leaving. This comes after the two had another angle following this week’s edition of AEW Dynamite. There has not been a match announced between them yet.

It was a big deal. Check out what happened at the signing:

Opinion: This is the kind of thing that I like to see for a change. Instead of just doing the same old stuff over and over again, AEW threw a little twist out there and that is a good thing. Sometimes you need to mix it up a bit and that is what they tried here in an angle you will probably see on Dynamite. King vs. Allin could be fun and I like them finding a fresh way to hype it up for a change.

What do you think of the angle? How will the feud go? Let us know in the comments below. 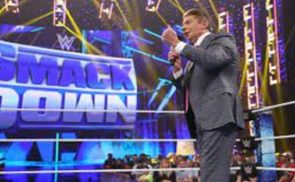