You kind of had to expect it. Injuries can be one of the worst things in all of wrestling as they can slow down a wrestler’s rise to the top in the blink of an eye. As bad as it is to see someone get hurt, it also brings up the question of how long they are going to be out. That can make for a rather long waiting period and now we know a bit more about a name who has been missing.

Over the weekend, a fan asked AEW President Tony Khan if he had given up on Penelope Ford. Khan responded, saying that not only had he not given up on her, but he found her to be a great wrestler. However, Ford is currently out of action with an unspecified medical issue and Khan says he is waiting for her to be medically cleared. Ford has not wrestled since the January 15 edition of AEW Dark.

Not at all, total opposite in fact; she’s a great wrestler, and I can’t wait until she’s medically cleared to come back. She’s been in some classic @AEW matches, and hopefully she’ll be in many more!#AEWRampage

Opinion: Unless I’ve missed it, that is one of the first official statements about Ford’s whereabouts. She has been missing for a good chunk of this year and that is going to be noticed at some point. While Ford was never the top star of the division, she is someone who made an impact while she was around. I can see why AEW and its fans would want her back and maybe that happens sooner than later.

What do you think of Ford? What do you want to see her do when she gets back? Let us know in the comments below. 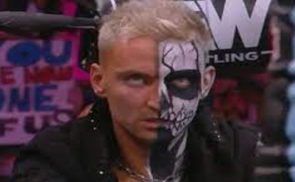