Sure why not. There are a lot of characters in the wrestling world and some of them get more attention than others. While the majority are wrestlers that you see on a regular basis, every now and then you see someone who is not around very often but gains a following of their own. That is the case with a non-wrestler at the moment and now is seems she is getting ready for something else.

Last week on AEW Dynamite, Trent Beretta’s mom Sue made her return, driving her trademark minivan. Sue has now released a video on Twitter, showing her lifting weights in the woods to the tune of Gonna Fly Now of Rocky fame. The Young Bucks have responded to the tweet, promising to end Sue’s career in the blink of an eye. Sue has made a few appearances, always with her minivan.

This is pretty awesome. Check out Sue’s training, plus her AEW appearances: 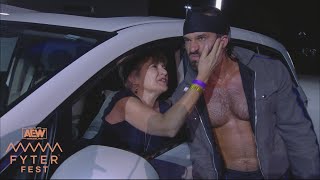 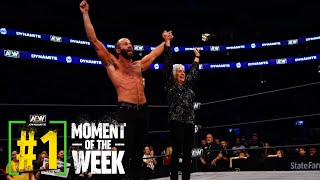 We’ll end your career in the blink of an eye, sue. https://t.co/EcXsEmML6D

Opinion: This is one of those things that will work for AEW, though I hope they don’t do anything significant with it on television. There is a bit of a difference between something goofy like this happening on Twitter and something airing on national television. Let them do their thing here and have some fun, because Sue certainly will get some laughter, but don’t go too far with the thing.

What do you think of the training? What should Sue do in AEW? Let us know in the comments below. 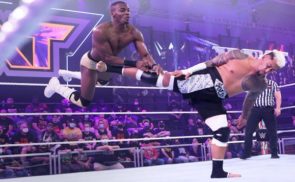 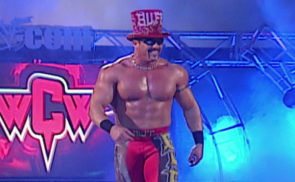