We’re in a weird place with this show as WWE has actually realized that this show has little to do with the cruiserweight division and hasn’t been live in years. It might actually be time to change things up a bit and that is long overdue. Granted the show has already changed everything but the name, so maybe now it’s time to complete the ordeal. Let’s get to it.

Legend shoves her down to start but Miller isn’t impressed. A dropkick staggers Legend but she blocks an armdrag without much effort. There’s an overhead suplex into a nipup as Miller is in trouble early. A release fall away slam sets up a big boot to the chest but Miller avoids a charge in the corner. Miller is back with a springboard Codebreaker into a cradle for two of her own, only to have Legend shrug it off. Something like a torture rack (over Legend’s back instead of the shoulders) spun into a faceplant finishes Miller at 3:30.

They go technical to start, with Chase working on the arm. A monkey flip out of the corner gets Raaj out of trouble but Chase pulls him down by the hair in a hurry. The stomps with the pointing at the student section ensue and we hit the cross arm choke. Raaj fights up with some kicks and a backsplash, setting up a bulldog out of the corner for two. Back up and Chase hits a running big boot into an arm trap Downward Spiral to finish Raaj at 4:59.

We recap Joe Gacy falling to Roderick Strong at WarGames, but now he is ready to change the 205 name for the sake of fighting weight issues.

Sikoa shoves him down to start so Blade is back up with an armbar. It actually lasts a fairly long while, probably marking the longest offense Blade has ever had around here. Back up and a heck of a clothesline blasts Blade, setting up Sikoa’s armbar for a change.

Some dropkicks don’t do Blade much good as Sikoa spinwheel kicks him right back into the armbar. Another escape works better for Blade and he hits a running clothesline in the corner. Sikoa superkicks him out of the air and a spinning fist to the head finishes Blade off at 7:44.

WWE Once Had Some Different Plans For The Intercontinental TItle 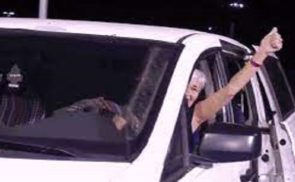