So maybe not? We are in a very strange time for WWE as things are moving so fast that it is hard to keep track of everything. The difference this time is that it is at the very top of the promotion, with the future ownership being questioned. That has opened up a variety of options, but now it seems that one of the leading candidates may not be as close to control as expected.

IN CASE YOU MISSED IT: WRESTLING RUMORS: When Vince McMahon Could Appear On WWE TV Again

Earlier this week, a rumor circulated that WWE had been sold to the Kingdom of Saudi Arabia, which planned to take the company private again. However, new reports from Ariel Helwani of BT Sports, Brandon Thurston of Wrestlenomics and Jon Alba of Fite TV say that they have heard nothing of such a sale. At the moment, WWE has yet to comment on the story, though the company has been rumored to look at a sale in recent days.

Contrary to reports stating otherwise last night, there is no deal in place at this precise moment for WWE to be sold to Saudi Arabia’s Public Investment Fund or any entity, sources say.

The organization is still exploring all options, I’m told. Developing.

I concur with @RichLightShed. I asked someone at WWE, who would know, who said the story that took hold of Twitter last night, about WWE and Saudi Arabia being near a deal to take the company private, is untrue.

There is also another element of this in play:

This sort of news is not typically leaked to wrestling reporters. These are the type of acquisitions that go to mainstream publications first (see the Wall Street Journal getting all the Vince scoops).

That's not to say, of course, a wrestling reporter can't break this news.

Just not typically the workflow for this sort of story.

Exactly the same as what I’ve been told. https://t.co/MeoTBLcLzl

Well, finally got something much more firm.

A high-ranking #WWE source with knowledge of the situation tells me reports of a sale or agreement to sell at this moment are “completely false.”

Still have not been able to get official comment from WWE on the record at this moment in time, but have inquired through multiple channels.

It’s still all about WWE. Check out some of their most viewed moments: 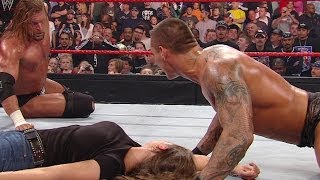 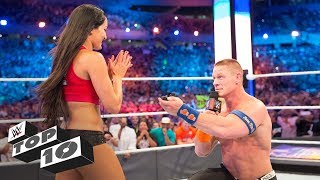 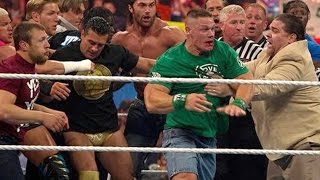 Opinion: I’m not sure what is going on at this point and I don’t think anyone but the very inner circle at WWE does either. That has made things all the more confusing and the question is going to become where things go from here. Odds are there is going to be another huge change in store for WWE, but now we have to wait to find out what that change will be.

What do you think of the state of WWE? Who will wind up owning the company? Let us know in the comments below.