Welcome back. We are on the way to AEW Revolution and that means things are starting to get a lot more interesting in a hurry. While the show is still about two weeks away, AEW is starting to put the card together. That includes drumming up interest in the show, and that can be done in a few ways. One of those ways took place this week, albeit two times on the same show.

This week’s edition of AEW Dynamite featured two returns over the course of the show. First up, the returning Kyle O’Reilly, along with Bobby Fish, helped Adam Cole attack Hangman Page, marking their returns after a multiple week absence. O’Reilly had been out of action due to paternity leave. Later, Eddie Kingston made his return from a broken orbital bone to manage Santana and Ortiz in their win over Chris Jericho and Jake Hager. Kingston and Jericho brawled after the match.

Opinion: Neither of these were big surprises, but it does make you feel like things are starting to pick up. I could go for more of both of them and that is a nice feeling to have again. Hopefully they can both do something in the next few weeks, including perhaps at Revolution. What matters here is that the AEW roster is starting to get things together and that is rather exciting.

What did you think of the returns? What is next for both of them? Let us know in the comments below. 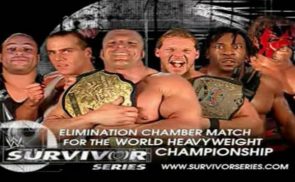 REVIEW: Survivor Series 2002: When The Chamber Was Lowered

Another Former WWE Star Might Be Heading To AEW