No more running. AEW does not run the most frequent pay per views and it makes their schedule a bit different. Instead of running a show every month, the company runs four pay per views a year, meaning their shows tend to have some very stacked cards. That is something that AEW knows how to do very well and now they have added a pretty violent match to their next pay per view.

Last week on AEW Dynamite, CM Punk and Jon Moxley teamed up to defeat FTR. As a result of the win, Punk was allowed to pick the specifics of his rematch with Maxwell Jacob Friedman. This week’s Dynamite opened with Punk announcing that the match will take place at Revolution on March 6 and it will be a Dog Collar match. This will be the second Dog Collar match in AEW history after Cody Rhodes defeated Brodie Lee in October 2020.

Opinion: This is the kind of match that could go a long way to making Revolution special, as it is going to be a war between two people who feel like they hate each other You don’t get that kind of a match very often and they have the potential to knock it out of the park. The Dog Collar stipulation makes it all the more interesting and if it lives up to its legacy, this should be excellent.

What do you think of the stipulation? How will the match go? Let us know in the comments below. 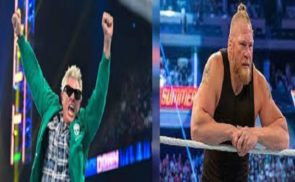 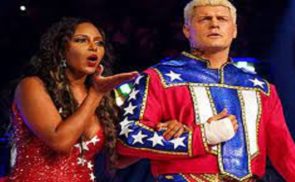