It’s the final show of the year and that means we are going to be seeing more than a few big things this week. First and foremost, John Cena is back for his only match of the year as he teams with Kevin Owens to face Sami Zayn and Roman Reigns. In addition, we have the Women’s Title on the line as Ronda Rousey defends against Raquel Rodriguez. Let’s get to it.

Here’s is Bray Wyatt for an opening chat. Wyatt does not see himself as a good person but he does try. Looking back at how he got here, he doesn’t regret much, but last week he did something that he did regret. Last week, he apologized a cameraman in cold blood and….here is LA Knight to interrupt.

Knight cannot believe that the master of the mind games is here to apologize because he doesn’t buy any of this. Wyatt has been playing mind games and now it is time to pay the check. Knight remembers Wyatt being something around here and he wants Wyatt to be again. The Royal Rumble is coming up and Knight wants to make his first a special one. Wyatt doesn’t think much of Knight and accepts the challenge.

Cue Uncle Howdy for a rather slow walk to the ring (with the lights still down so we can’t really see him). Howdy and Wyatt stand next to each other and stare down Knight, but Howdy lays out Wyatt. Knight: “What the h*** is going on? None of this makes any sense.”

Sami Zayn goes to the Bloodline’s dressing room and finds Paul Heyman instead of Roman Reigns. Zayn thinks they need to talk strategy before tonight’s main event but first Heyman wants to talk about how happy Reigns is with Zayn’s loyalty last week. However, it seems that Reigns might not be happy with the fans getting behind Zayn. He hasn’t said anything, but the key is to stay ahead of the future. With that, Zayn goes in and Heyman looks a bit worried.

As the match starts, Cole offers condolences to the family of Don West, who made an “impact” on the wrestling world.A clothesline doesn’t get Sheamus very far to start so he knocks Sikoa over the top instead. An annoyed Sikoa grabs a chair but the Usos hold him back as we take an early break.

Back with Sheamus fighting out of a chinlock but getting caught with a Samoan drop. Sheamus fights up again and starts hammering away, including the ten forearms to the chest. The Brogue Kick is cut off with a superkick but Sheamus is right back with a running knee for two. It’s time for everyone to get in a fight on the floor, with Sheamus hitting a big dive off the top. The distraction lets Sikoa Rock Bottom Sheamus on the apron though and it’s the Samoan Spike to give Sikoa the pin at 11:07.

Post match the beatdown is on and Sikoa wraps a chair around Sheamus’ neck. Before the running Umaga Attack can connect though, Drew McIntyre returns for the save to clear the ring.

Rousey, with Shayna Baszler, is defending and goes right after Raquel’s bad arm to start. Rodriguez sends her into the corner though and hits an elbow as we take a break. Back with Rousey bending the arm around the rope and then pulling her down for a multiple limb crank. With that broken up, Rousey throws her down for two but Rodriguez powers up. A slam with the bad arm hurts both of them though and Rousey is right back with the ankle lock. That’s broken up as well and Rodriguez hits a flapjack for a breather. The Tejana Bomb is countered into an armbar and they head outside, where the Tejana Bomb onto the apron rocks Rousey as we take another break.

Back again with Rousey caught in a delayed suplex for two. The arm gives out though and Rousey grabs a Kimura, only to be powered up again. The Tejana bomb is countered into a choke but Rodriguez powers out again. This time it’s a Baszler distraction but Rodriguez is able to hit the Vader Bomb elbow anyway. Baszler puts the foot on the rope just in time, only to get ejected for some pretty flagrant cheating. With Rodriguez standing on the middle rope, Rousey climbs onto her and gets the armbar in the ropes. Rodriguez drops her back but lands on the elbow, meaning Rousey’s armbar is good for the tap at 16:20.

Post match Rousey and Baszler celebrate…..and Charlotte is back! She gets straight to the point: she is challenging for the Women’s Title TONIGHT. Rousey is in.

Charlotte is challenging. Big boot, spear, Rousey armbar, Charlotte rolls her up for the pin at 40 seconds.

We look at Dominik Mysterio being arrested for invading the Mysterios’ home on Christmas Eve. Rhea Ripley has since bailed him out.

A bunch of tag teams mock Top Dolla for his not so great dive last week. Dolla takes it well enough before shoving Ricochet. Holding back ensues.

Bray Wyatt vs. LA Knight is set for the Royal Rumble in a Pitch Black match.

Here is Imperium for a chat. Ludwig Kaiser introduces the team and brags about Gunther’s Intercontinental Title reign. We see a video on the title reign before Braun Strowman interrupts. Strowman didn’t see himself in that video and he wants his own title shot. Imperium goes to leave instead but Strowman grabs Gunther. The fight is on with Strowman clearing the ring but the run around ringside is sent through the barricade. Gunther wears Strowman out with a chair and they get inside, where Gunther grabs an armbar. Ricochet makes the save with a chair and clears the ring again.

The rest of the Bloodline is here too. Owens hammers on Zayn to start as Cena does his always good job of playing cheerleader on the apron. With Zayn down in the corner, Owens brings up the SAMI chants, much to Reigns’ annoyance. Reigns comes in and stares down Owens, who looks over to Cena. That lets reigns blast him with a clothesline and a Rock Bottom for two as we take a break.

Back with Owens trying to get the tag but Cena is knocked to the floor. A superkick into the Pop Up Powerbomb gives Owens two, with Reigns making the save. Reigns beats Owens down and tags himself in, only to miss the Superman Punch. Owens nails a superkick and the bullfrog splash gets two.

Reigns counters the Pop Up Powerbomb into a Superman Punch but the spear only hits post. Cena is back up on the apron and there’s the hot tag for Cena to beat up Zayn. House is cleaned and Reigns is dropped as well, allowing the tag back to Owens. Stereo Shuffles hit the Bloodline and it’s an AA to Reigns, followed by a Stunner to pin Zayn at 10:59. 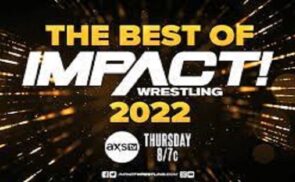 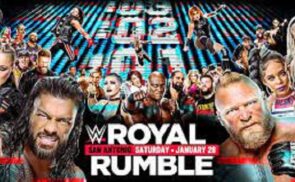