He sounds on to something. WWE has been the biggest wrestling promotion in the world for a very long time now and some of that has been due to their television shows. Monday Night Raw debuted in 1993 and SmackDown debuted in 1999. The two shows have dominated the wrestling landscape for so long, though they are also on for a good amount of time every week. One prominent WWE star seems to think that it might be a bit too much.

Monday Night Raw’s Seth Rollins appeared on the Sports Illustrated media podcast and discussed the lengths of Monday Night Raw and WrestleMania. Rollins said that he feels a three hour edition of Monday Night Raw every week is “obnoxiously long” as WWE has to come up with ways to fill it each time. He called two hours the “beautiful kind of number for a wrestling show” as three hours is a lot to ask from the fans every week. Rollins also spoke about a seven hour WrestleMania being too long, citing WrestleMania 35 going until after midnight being too long. Instead, he described a four hour show as “solid”.

Here are some highlights, with transcription courtesy of WrestlingNews.co:

On the length of Monday Night Raw:

“I think a three-hour show is just obnoxiously long every week. Everything gets stretched out, you know, and you’ve got to cram — you got to fill three hours of television, there’s just nothing to be done. You know, that’s just how it is. So I think two hours is a beautiful kind of number for a pro wrestling show. And I think it’s easier to make everything mean a little bit more. You know, on SmackDown when I was there last year, I hardly ever wrestled on television and so it was kind of a big deal. You look at Roman, he hardly ever wrestles on television, I think maybe a handful of times in the last year. So when he has matches at these pay-per-views, they feel like big deals and on RAW I’ve wrestled in like 26 five-star matches in the last two months. It’s just been wild the amount of actual wrestling that I have to do and I’d love to avoid that but it is what it is. I like the fact that I get a lot more screen time on Mondays because you have the extra hour but yeah it’s a apples to oranges type thing. … I do think three hours is just a lot to ask every week of a viewer.”

On why WrestleMania should be two nights:

“Well, the longer it got, the worse it was. And the one in question is the New York WrestleMania which literally, from the pre-show to the finale was like seven straight hours and that is obnoxious, that is way too much wrestling. And mind you, my wife won the main event that night. They didn’t go to the ring until after midnight. It’s just asinine and the crowd was tired. It caused such a catastrophe because the subways had shut down and no one could get back to where they were going. It was such chaos because we were out of MetLife in the Meadowlands. That is a whole bag of worms that opened up from that so yeah, man it’s no fun. And that main event which was awesome and super historic suffered from just the crowd being drained. They wanted to be there for everything but you only have so much energy. You know what I mean? You can only put so much caffeine into your body before your heart explodes.”

On the right length to WrestleMania:

“I think seven hours is just too long. You know, I think WrestleMania four hours is solid. That’s a solid number once a year four hours, I can live with that. Seven hours? I don’t know, pick your poison.”

Opinion: It’s kind of hard to argue with Rollins here, as a single wrestling show going nearly eight hours is pretty insane. At the same time though, having back to back nights at about four hours each isn’t exactly that much better. The solution seems to be clipping things down a bit, though that does not seem to be an option so this is about as logical of an option as they have.

What do you think of Rollins’ comments? How would you like your WrestleMania? Let us know in the comments below. 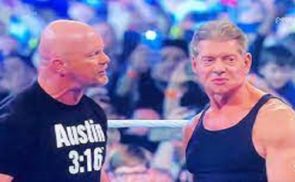 KB’s Review: Anything CAN Happen