Sami Zayn Has Managed To Annoy One Of The Spice Girls

That’s an enemy to have. Wrestlers are celebrities, but not exactly in the traditional sense. It’s true that they are on television almost every week and have no off season, but at the same time, they are also only known as wrestlers. Every now and then something else will make them into bigger stars, but it does not happen all that often. Now a more well known celebrity is not happy with a wrestling star.

Mel B., better known as Scary Spice of the Spice Girls, took in a WWE live event in Manchester, England last week. Spice took pictures with Sasha Banks and Charlotte, but also had an off camera altercation with Sami Zayn, who mentioned the issue on Twitter. Spice confirmed the interaction and insulted Zayn again. There is nothing to suggest that Spice will appear on WWE TV.

People of the world! Spice up your life
Thank you #WWEManchester pic.twitter.com/R5Tpa8HVCl

Sasha and Charlotte met Mel B

Damn right! Because you were one https://t.co/V2w4dzeYoQ

She seems to be a fan of some at least. Check out the three wrestlers Spice interacted with at the show: 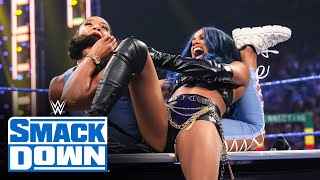 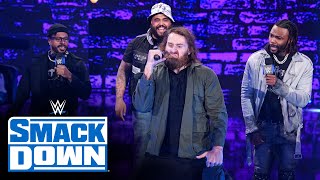 Opinion: You know, this isn’t something I was betting on seeing today, but it certainly is one of those things that can make for an interesting interaction. Who would have bet on Zayn managing to annoy one of the Spice Girls? It is cool to see someone with a good bit of celebrity status of her own getting involved with WWE though, as you do not see it happen very often.

What did you think of the exchange? Who is your favorite celebrity wrestling fan? Let us know in the comments below. 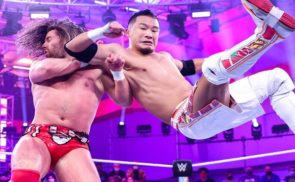 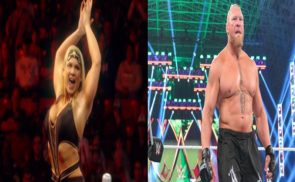 WWE Hall Of Famer Wanted To Be Brock Lesnar’s Sister