A strange reunion. All Out took place on Saturday night and there were all kinds of things taking place on the show. With so many things going on, it was hard to keep track of the biggest and more interesting things but that is often the case on the larger shows. One thing that took place was a major cameo, and it came as part of a bit of a reunion of a legendary team.

During the Cody vs. Shawn Spears match at All Out, Arn Anderson made his AEW debut and gave Spears a spinebuster. The interference canceled out Tully Blanchard, Anderson’s former tag team partner in the Four Horsemen, who is now Spears’ manager. Anderson was released from his agent position in WWE earlier this year, though there has been no word about him signing with AEW.

Anderson can still do some of this stuff. Check out his appearance at All Out:

Opinion: I’ve been an Anderson fan for a long time now and it was cool to see him appear on this show. Anderson would be incredibly valuable for AEW as he has more experience and one of the best minds of the business than almost anyone else in wrestling. There is a good reason that he was John Cena’s hand picked agents for his matches and that could be very valuable in AEW.

Do you want Anderson in AEW? Who else would you like to see make a cameo? Let us know in the comments below. 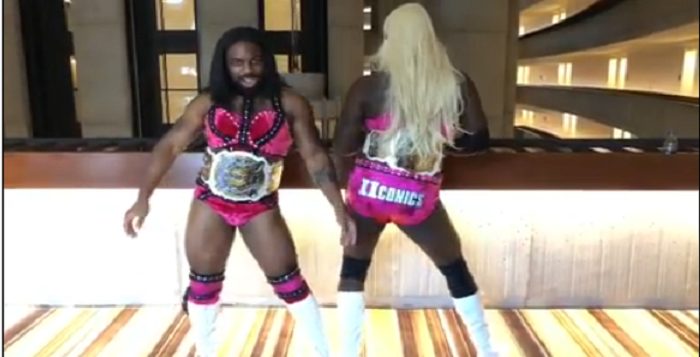