Mr. Stone is here with Wagner, who powers Femi into the corner to start. A running shoulder drops Femi but he’s back with a running shoulder of his own. Wagner cuts him off with a clothesline though and starts in on the back. A belly to back suplex and elbow to the face put Femi down again and we hit the chinlock. Femi fights up and hits a running clothesline in the corner, earning himself a big boot. The Death Valley Driver finishes Femi at 4:13.

Jakara Jackson is a goal (yes goal) digger and she needs to check Isla Dawn off her list tonight.

They go with the grappling to start and Dawn takes her to the mat with a headscissors. Back up and Jackson grabs a headlock before dropkicking Dawn into the corner. Dawn isn’t having that and goes after Jackson’s hand, setting up the chinlock. A Meteora gives Dawn two so she yells at the referee (whom she has hurt before). The distraction lets Jackson get two off a rollup and a knee in the corner gets the same. Dawn uses the rope to block a suplex though and a Nightmare On Helm Street finishes Jackson at 5:25.

Chase U is here with Hudson. Kemp struts to start and mocks Chase U and it’s Hudson cranking on his arm to stand up for his school. A knee to the ribs cuts Hudson off though and a fireman’s carry sets up the armbar on the mat. Hudson can’t flip away but he can power up and hit a hiptoss. Kemp is back up with a flapjack and neckbreaker, setting up a slingshot seated senton to the back for two. The chinlock goes on before some shots to the face just annoy Hudson. A running shoulder lets Hudson hit some spelling jabs and a running elbow (the Big Elbowski) finishes Kemp at 6:31. 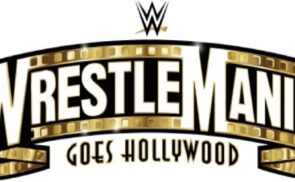