Maybe next time? With so many wrestlers on the WWE roster, it is impossible for everyone to be a success. Sometimes someone is just not going to work out and it can be a bit difficult to see. You can often tell when it isn’t working for a star and that seems to be the case again. After this week, WWE might be thinking about pulling the plug, if they have not done so already.

This week on NXT, Tiffany Stratton defeated Sarray after the two had spent several weeks feuding. According to Dave Meltzer on Wrestling Observer Radio, Sarray is unlikely to go to the main roster. Meltzer cited her size and how she has been used during her time in NXT so far. Sarray debuted on the April 20, 2021 edition of NXT but was taken off television in October. She would return in February, saying that 2021 had not gone as planned and she had made a new start.

Opinion: I can’t exactly argue with this, as Sarray has not quite felt like a huge success in NXT so far. While she has had her moments, the fact that she was pulled off of television and then returned after about six months of action was not a good sign. I’m not sure what is going to happen with her in the future, but for now things are not going as well as they could have.

What do you think of Sarray’s time in NXT so far? What can she do to improve? Let us know in the comments below. 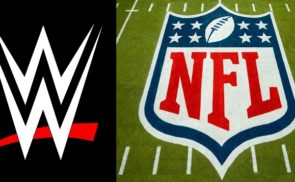