So that’s next. All Out is over and done with and now comes all of the fallout from the event. There were a lot of things that took place on the show and while some of them may or may not have been to your liking, things certainly did happen. What matters most though is where things are going in the future for the company and now we know another detail in this area.

During All Out, AEW announced the details on their next pay per view. The event will take place on Saturday November 9 at the Royal Farms Arena in Baltimore, Maryland, under the name of Full Gear. No matches have been announced for the event, though several of them are likely to be announced once AEW debuts on television on October 2. At the moment, their next event of any kind is scheduled to be the October 2 TNT show.

A lot of stuff happened on the show. Check out the All Out post show: 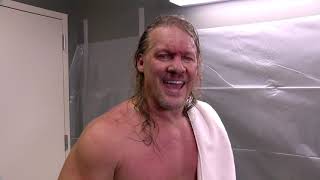 Opinion: That show could be a bit more interesting, though it is certainly close to their debut on TNT. The show will take place after only five weekly shows, though that is better than having several weeks if not months between each show. If nothing else, it should help things out a little bit to not have to build every story on YouTube, as those things can only go so far.

What did you think of All Out? What are you hoping to see at Full Gear? Let us know in the comments below.