It does make sense. Over the last few years, WWE has developed a business relationship with the Kingdom of Saudi Arabia. The deal has been very lucrative for WWE as the company receives millions of dollars in exchange for two shows a year in the Kingdom. WWE is returning in November with a bit of a weird main event, but now we know the reasoning behind it.

WWE has announced that the main event of November 5’s Crown Jewel event will see Logan Paul challenging Roman Reigns for the Undisputed WWE Universal Title. According to Dave Meltzer on the Sunday Night’s Main Event podcast, Saudi Arabia wanted Paul in the spot because he has more mainstream appeal than a regular WWE star like Kevin Owens or Seth Rollins. This will be Paul’s third WWE match to date.

Opinion: I don’t think this is much of a surprise and that is not the worst thing. Paul does seem to be someone who has a lot of natural talent and the ability to get fans’ attention when he is in front of a camera. While I can’t imagine he wins the title or gives Reigns anything resembling a run for his money, it is the kind of match that will feel big and Saudi Arabia should be rather happy. 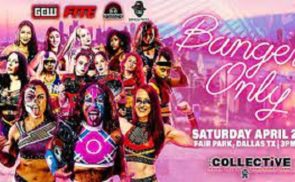