It’s the go home show for Homecoming and since the last two weeks have been Best Of shows, they have a lot to do in one night. This week they have to build things up but also catch you up on the storylines. Now the question is how much time they’ll waste on stuff that doesn’t matter. Let’s get to it.

The opening recap looks at every story going on.

Jake Crist and Trey Miguel get things going but Xavier comes in off a very early blind tag for a sliding dropkick to the head. Callihan comes in and some rapid fire Rascalz offense in the corner puts him in trouble. The rapid fire tags continue with Swann and Mack getting in some shots of their own as Sami can’t get anything going.

All ten come in for the big brawl until Sami is left alone to clothesline the heck out of Miguel. That’s fine with Trey, who hurricanranas Callihan on the floor, setting up the series of dives. Sydal blocks Dezmond’s dive with a kick to the head so Wentz used Dezmond as a launchpad to take everyone down instead. Jake and Trey head up top and it’s a super cutter to bring Trey onto the pile for the huge crash. Back from a break with Sami holding Trey in a chinlock and handing it off to Dave for some stomping.

Page adds some stomping from the apron as the villains get their revenge for Sami’s beatdown earlier. Sydal comes in for a side slam but an enziguri to Page allows the diving tag to Swann so house can be cleaned. The low superkick into the middle rope 450 gets two on Page and everything breaks down again. The parade of shots to the face ends with Page hitting a scoop brainbuster for two on Swann. Some people are knocked off the top but Mack saves himself and hits a super Stunner on Dave for the pin at 15:23.

Post match Sami hits Willie with a ball bat and the All Seeing Eye puts Mack through a table. Swann gets back in to save Mack from a bat shot to the head.

Preview of the rest of the show.

Video on Eddie Edwards vs. Moose. They used to be friends but Moose claimed that Eddie didn’t care when he got hurt. Moose returned and turned on Eddie, sending Eddie completely over the edge and into a mental hospital. Eddie escaped with the help of a random Raven cameo and is swearing revenge on Sunday.

Here’s Eli Drake, carrying an oar, for a chat. Drake talks about all the people he’s gotten rid of, including Joseph Park, Abyss and Tommy Dreamer. Then he has to show up at Homecoming for a Monster’s Ball match, even though there’s no chance Abyss will be there. If Abyss somehow does show up though, it’ll be a few wacks with old paddy and he’ll go away again. Drake is that good and he is hardcore.  Cue Dreamer with a chair to beat Drake down but before he can Pillmanize the neck, the lights go out and Raven appears. Drake tells them to fight but Raven and Dreamer beat him down instead.

Gama Singh dedicates this match to Scarlett Bordeaux so here’s Scarlett to watch. The Squad jumps the distracted Bahh and KM from behind to start but Bahh isn’t having any of this being punched in the head thing. Singh manages to drive him back into the corner for the tag to Raju, allowing some choking in the corner. Scarlett seems impressed as Bahh gets covered for two but doesn’t like Singh attempting a slam and having Bahh fall on him. KM comes in for the roll over the Squad but a jumping knee into a neckbreaker puts KM in trouble. Bahh crossbodies both of them though and sits on Singh’s chest for the pin at 4:51.

The Lucha Bros say LAX aren’t ready to be a real team without Konnan. It won’t be a friendly match on Sunday because it’s going to be about respect and honor.

Hogan goes straight at her and stomps away in the corner, followed by a running dropkick to make it even worse. A suicide dive takes out Su Yung but the distraction lets Allie take Hogan down and hammer away. Allie gets to stomp her down in the corner for a change and cuts Kiera down with a clothesline. A big boot gives Kiera two and she kicks Allie in the head again for the same. Allie is right back with the Codebreaker for the fast pin at 4:34.

Post match Allie and Su beat up Kiera even more until Jordynne Grace of all people makes the save and wrecks both of them.

Video on Taya Valkyrie vs. Tessa Blanchard, which has gotten Gail Kim involved despite the complete lack of her being needed.

Earlier today, Trevor Lee ranted to Don Callis and Scott D’Amore (not shown) about not being on the show and got a match for his efforts.

LAX always wanted to be pro wrestlers and overcame everything thrown against them over the years. They’re like brothers and the one time Konnan wasn’t in their corner, they lost everything. Now they need to prove that Konnan isn’t the only reason they win. They’re going to make history at Homecoming because they have to prove their worth to themselves and their family.

Kross headlocks him to start and Lee’s efforts at a wristlock have no effect. Some kicks just annoy Kross, who stomps Lee down with no effort. The Saito suplex sets up the Krossjacket choke to give Kross the win at 2:34. Total squash.

Post match Kross wishes Johnny Impact luck against Brian Cage on Sunday, even though he feels like he can’t get through to him. He asks if Impact would like to see what happens when diplomacy fails. Kross grabs the timekeeper and pulls out a cinder block of all things. The timekeeper puts the block on Lee’s head in the corner and Kross breaks it with a right hand.

GWN Flashback Moment of the Week: Jerry Lynn vs. Sean Waltman from Sacrifice 2005.

Cage shoulders Fenix down to start and catches a handspring without much effort. Pentagon comes in instead and gets caught in a hard German suplex as there’s no answer for Cage so far. It’s off to Impact for a kick to the head from the apron but Pentagon is right back with a Sling Blade. The Backstabber out of the corner keeps Impact down and there’s the big chop in the corner. Fenix comes back in with a missile dropkick for two but Cage knocks him down. A rolling cutter finally stops Cage and Pentagon adds a running flip dive.

Impact is right behind him with an Asai moonsault but Fenix dives onto everyone as we take a break. Back with Impact kicking the Bros down and getting two off a super Spanish Fly to Fenix. The Pentagon Driver plants Johnny and it’s time for the exchange of superkicks and other assorted kicks to the head. Cage discus lariats Impact down by mistake and gets double superkicked to the floor. The spike Fear Factor finishes Impact at 10:34.

Post match Impact and Cage stare each other down. Cage goes to leave but Impact stops him and the fight is on. Referees and security can’t do much so some of the locker room comes out, only to have Johnny walk the ropes for a flip dive onto Cage. They’re finally separated to wrap things up.

A long video on Homecoming, featuring clips from the old days of TNA, ends the show.

Unless I missed something quick, there was no mention of the move to the Pursuit Channel next week. 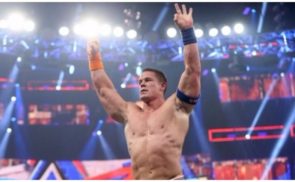