We’re getting closer to Slammiversary and the card is set for the most part. After last wee’s Hardy centric episode, tonight is about the World Title as Lashley and Drew Galloway get to choose each other’s opponents in a Pick Your Poison series. Other than that it should be interesting to see what gets some focus heading into the pay per view. Let’s get to it.

We open with a recap of last week’s show, mainly focusing on Matt Hardy.

Dixie Carter is putting a mystery man in charge tonight.

Here are Mike Bennett and Maria Kanellis to open things up. Mike knows that he’s not in charge because he didn’t hear from Dixie on AOL Instant Messenger or MySpace so he wants the boss to get out here right now. Of course it’s Ethan Carter III and Bennett freezes. Ethan thinks Mike should have the night off tonight and Bennett doesn’t seem to mind.

Actually what Ethan meant was a night off from wrestling because Mike will be cleaning the toilets all night. Maria freaks out but Ethan tells her to put a sock in it. Apparently she’s gotten on management’s nerves so tonight Ethan is reviewing her decisions to see if she’s fired. Bennett threatens violence but Ethan throws them out anyway. Now it’s time for Lashley, who teases a fight with Ethan but just wants to talk about Pick Your Poison with Drew Galloway. This brings out Galloway as we take a break.

We come back to see Ethan showing Mike the toilets he’s in charge of and apparently there’s quite the stench.

Back in the arena, Drew introduces Lashley’s opponent.

Non-title. Bram hammers away to start but Lashley pounds him down and takes it to the floor with Bram being sent into the barricade. Lashley takes too much time messing with his headband though and Bram comes back with a few shots to the face. The Brighter Side of Suffering is broken up so Lashley catches him with a spinebuster. Some clotheslines look to set up the spear but instead Lashley heads outside for a chair and that’s a DQ at 6:19.

Post match Lashley spears Bram a few times until Galloway comes out for the save with a chair. Cue Eli Drake with his briefcase and you know what’s going on.

King of the Mountain Title: Bram vs. Eli Drake

Bram is defending and kicks out at two at the bell. They slug it out in the corner until Drake hits a knee to the face and clothesline for the pin and the title at 1:01.

Raquel’s latest lesson to the BroMans is to focus, which in this case means watching her walk around the pool in a swimsuit.

Mike Bennett is still cleaning toilets when Earl Hebner walks out of a stall. After a bit of swearing, Bennett is now a referee.

We go to the Hardy Family Estate where Matt has invited Jeff for the contract signing.

Bennett is referee and the winners here get a title shot at Slammiversary. Robbie punches Spud to start and it’s off to Tyrus without a tag but Bennett says it’s fine. Jesse gets beaten down by both villains as the announcers talk about how Tyrus and Spud have nothing to do without Matt Hardy being around. A Raquel distraction lets Jesse come in and beat up Spud, setting up the BroDown. The Adonis Lock makes Spud tap at 4:03.

Maria is on the phone with Billy Corgan about how Ethan is screwing this place up. Ethan comes up and hangs up the phone. They’re about to head to the ring where he’ll settle this whole ordeal between Gail and Maria.

Clip of Jeff Hardy driving his motorcycle to Matt’s estate.

Ethan is in the ring as Maria, Allie and Sienna come down. The other two (Girl A and Girl B according to Ethan) are asked to leave as Ethan brings Gail Kim down. The result is going to be a match between the two of them at Slammiversary, which is what Gail has wanted from the beginning. As for tonight though, Gail has a partner and since Maria has two women on her team, we’ll have a tag match right now.

Allie screeches a lot as Gail and Sienna slug it out to start. A shot from Allie lets Sienna take over as the screeching continues. Sienna and Allie hit a double slam on Gail for two before it’s off to Jade to kick Sienna down. A missile dropkick gets two on Sienna but Allie tags herself in and tries to talk her way out of getting beaten up. That earns her forearms and a kick to the head as Sienna comes back in, only to Eats Defeat, followed by Jade package piledriving Allie in the face for the pin at 5:17.

We go back to the estate where Matt is playing the piano when Jeff comes in. Matt talks about this place being their genesis and walks away.

Back in the arena, Bennett freaks out on Ethan because he’s not a janitor or a referee. Bennett: “And my wife isn’t a wrestler.” Ethan gives him a match tonight and hopefully his opponent is sober.

Joined in progress with Bennett in street clothes and getting two off a clothesline. We’re already off to a chinlock for a bit before Storm makes his comeback with right hands and clotheslines. Storm hits the Eye of the Storm and looks to set up the Last Call but Maria distracts him with a beer. Somehow this works on a former World Champion and a slap to the face lets Bennett grab a rollup for the pin at 5:55.

Here’s Al Snow to a BORING chant to talk about how he’s looking for talent over in England. This brings out Baron Dax and Basile Baraka (Marcus Louis and Sylvester LeFort), now collectively known as the Tribunal. Both of them talk about how they’re bringing talent and class back to wrestling. Snow yells about wanting to get rid of weapons unlike Grado, who he beat with a single wrestling move last week.

We see him pinning Grado after a Snow Plow, but here are Grado and Mahabali Shera to show us the full footage, including Snow using a trashcan lid. Snow goes off about how kids these days can doctor footage on any computer. Somehow parents are brought into this and Snow says Shera’s mom loves him. The fight is on and Snow hits Grado and Shera with a chair so the beatdown can be on.

Braxton Sutter (Pepper Parks) talks about how most people get their big break earlier but the day he was offered a contract was one of the best days of his life. He doesn’t have a story of when he started watching wrestling because it’s always been there for him. His goal is to be World Heavyweight Champion and he’ll start anywhere.

We run down the pay per view card.

Back to the Hardy estate where Matt says this must all end where it began. Jeff follows him into a barn where there’s a ring set up.

As in all three members. Drew fights both men at the same time but can’t bring himself to punch Rosemary. That allows the numbers game to take over with Drew being sent to the floor for a big beatdown, including a whip head first into the post. Back inside and the guys take turns hitting Drew in the face until Galloway starts his comeback. Rosemary comes in and almost eats the Futureshock. The Claymore is caught in a chokeslam for two so it’s Janice time. Cue Lashley to spear Abyss by mistake, allowing Galloway to Claymore and Futureshock Steve for the pin at 6:21.

It’s time to go back to the Hardys. Matt says this must end where it all began, which apparently is the ring in the barn. Jeff goes to get in but Matt rolls outside to a small table. Jeff wants this to end but here’s Reby to throw a fake baby at him. Matt hits Jeff with something made of glass and gives him a Side Effect through the table. Matt promises that this will end at Slammiversary. 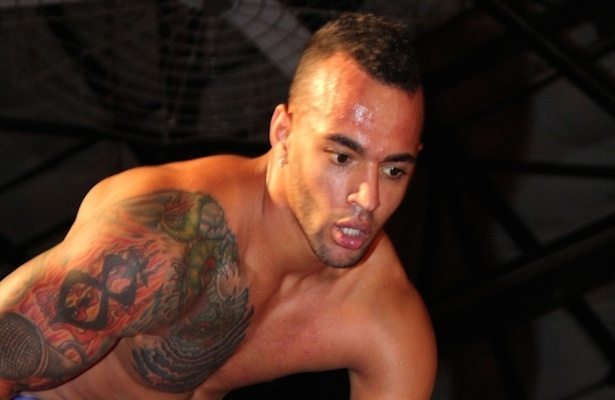 Opinion: Is In-Ring Psychology & Selling Being Forgotten In Pro Wrestling? 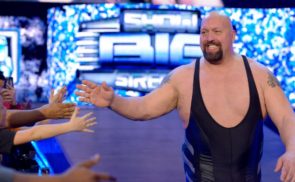 The Big Show Talks Retirement: “I’m Looking For Projects Outside of WWE”