The big story coming out of last week is Matt Hardy earning the #1 contendership in a tables match over Bobby Roode. This was the result of the night’s main story being thrown out due to the Hernandez issue, which is likely going to cause even more problems tonight. Other than changing things up though, we do get Jeff Jarrett’s Hall of Fame induction. Let’s get to it.

Here’s Austin Aries with something to say. Aries may not have a title right now, but politics and backstage issues aside, there is no one on the face of this planet who is better than he is. Therefore, why wasn’t he involved in the #1 contenders match last week? Bully Ray may be in charge but he’s already off to a bad start with mistakes like that.

Cue Bully Ray, who says his opinion is the only one that matters. Sure Aries is great. He’s so great that he even beat Bully himself at one point. Aries is going to get another shot at what he deserves. Austin interprets that as a World Title shot but Ray says Aries already lost that chance. In that case, Aries will settle for a Tag Team Title shot with Bobby Roode. That’s a no as well, so Aries can challenge for the X-Division Title later tonight.

Aries isn’t happy because that title is beneath him. The X-Division Title is for people like Rockstar Spud, who comes out in objection. Spud is a big Aries fan, but a statement like he just made hurts. Option C gave people like Spud a chance to be World Heavyweight Champion because it gave them a reason to believe in themselves. Austin laughs this off because Option C was made for people like himself, not Rockstar Spud.

Yeah Angle beat him once, but that would only happen one out of ten times. Spud on the other hand would lost to him every time. Since Aries has nothing to do tonight, why doesn’t he beat Spud up instead? Spud thinks he can beat Aries instead of just hanging with him, which makes Aries say he’ll leave if he loses tonight. Ray accepts that as a contract and the match is on for later tonight. Aries agrees, but wants the Rockstar moniker if he wins.

The Jarretts are here.

Chris Melendez tells Kurt Angle that he has to beat Eric Young to move forward in his career.

Angle is out with Chris. Before the match, Melendez says he’ll keep fighting no matter what, just like he did overseas. Young comes out and says Melendez doesn’t want him coming in there because it will end badly for him. The bell rings and Eric slaps him in the back of the head a few times as we’re suddenly told Aries vs. Spud is next week at No Surrender. Young stays on him and drives some elbows into the back of the head before a quick piledriver is good for the pin 3:12.

Matt Hardy doesn’t know what stipulation he’s picking for his title match against Ethan Carter III. “We will announce the stipulation later.” JB wants to know who the other half of we is, even though it was already announced next week.

Brooke is defending and cleans house to start but goes after Taryn (in a tutu), allowing Marti to get in a cheap shot to take over. Brooke comes back with a quick shot to the face for two, only to have a kick to the jaw change control back to Marti. A superplex is broken up though and Brooke nails a middle rope clothesline. Brooke gets two off a Russian legsweep but the Dollhouse tries to interfere, only to have Gail Kim…..play her entrance video for a distraction, allowing Brooke to hit the Butterface Maker on Marti to retain at 4:40.

Here are Carter and Tyrus for Matt’s announcement. After saying Bully sucks eggs, Carter rips on the Hardys for being a couple of North Carolina hillbillies. If this was against Jeff Hardy then maybe Ethan would be worried but Jeff broke his leg on a motocross bike. Ethan says Matt isn’t a World Title contender so here’s Jeff to object.

Jeff admits that he cried from the pain of his broken leg but he conquers fears. Before Carter knows it he’ll be dropping titanium shins on Ethan’s face. Before Carter knows it, Jeff will be the next World Champion. It’s nice to see Jeff admitting that his brother has no chance. This brings out Matt who draws a NEXT WORLD CHAMP chant.

Matt talks about the Hardys being told they can’t do it and always proving people wrong. It’s not a competition between the brothers to see who is best, which is why Jeff is supporting him this week. Jeff gets to make the announcement but instead of saying anything, he asks Matt to pull some stuff out from under the ring. Matt pulls out a table, a chair and a ladder because next week is Full Metal Mayhem. On top of that, no one is allowed at ringside during the match.

Magnus and Mickie James are ready for James Storm and Serena.

This is a result of Storm being a psycho who tried to get Mickie in the ring for one last match as a way to get inside her head and make her join the Revolution. The guys officially get things going with Magnus in control until Storm gets in a knee from the apron. Storm slaps on a chinlock and we take a break.

Back with Mickie chasing Serena around, only to allow Storm to plant Magnus with a Backstabber. Storm throws his sweat on Mickie and puts Magnus in a quickly broken chinlock. Magnus can’t get anything going though as he charges into Closing Time (Codebreaker) to keep him in trouble.

Both guys try cross bodies and it’s off to the girls with Mickie cleaning house. Everything breaks down and Storm goes after Mickie, only to get speared down for his efforts. Serena calls out Khoya, who hits Storm with the stick by mistake. Magnus adds a powerslam to Storm and the MickieDT ends Serena at 12:15.

Storm gets a MickieDT for good measure.

Mr. Anderson is worried about facing Bram because of the depths he’ll have to sink to.

Bram suggests Anderson kiss his kids goodnight and tell them goodbye because he isn’t going home.

We run down the No Surrender card.

Here’s Dixie Carter to induct Jarrett into the Hall of Fame. She tells a story of meeting Jeff when she lived in Tennessee and compares him to George Bailey from It’s A Wonderful Life. Dixie welcomes the Jarretts to the ring and after a break, it’s time to hear from Jeff. Jeff thanks everyone who has ever bought something from TNA and everyone who has ever worked for TNA.

Jeff lists off a bunch of production guys and office workers in what felt like something special. Mike Tenay gets thanked for holding things in place when they fell apart at times. “Don West not so much.” Then you have the X-Division, Knockouts and tag teams who all work so hard and prove that it can be more than just heavyweights main eventing. The heavyweights get a thank you as well, including AJ Styles.

Jarrett talks about a falling out with his dad over this company but thanks him so much for getting him here. His children are the reason he’s here and even though they drive him crazy, they keep him going. Last but not least in family is Jeff’s wife Karen, who has been Jeff’s rock. A quick thank you to the fans leads to a THANK YOU JEFF chant and the roster come out to applaud as the show ends. 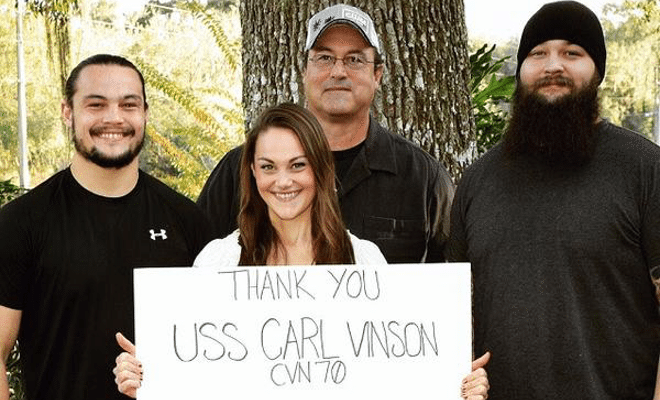 Mika Rotunda, Sister to Bo Dallas and Bray Wyatt, Has Reportedly Had a WWE Tryout 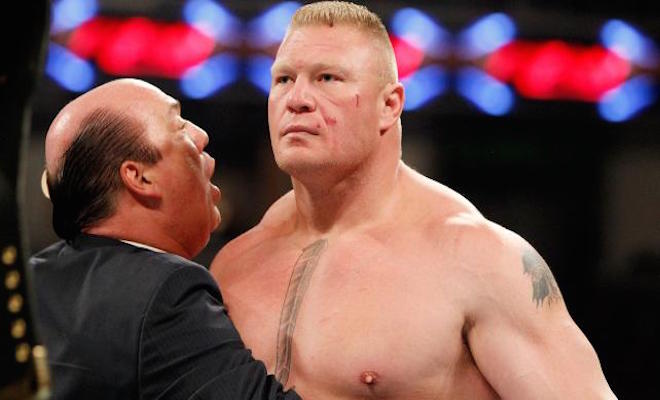