Welcome back. AEW has a rather versatile roster with a huge mix of talent from all over the world. The company has managed to find all different levels of wrestlers and put them together in a grouping that can make for some very interesting shows. That has been the case since their inception and now another of their better signings has returned after a lengthy time away.

Former TNT Champion Miro made his return to AEW television on this week’s Dynamite. Miro appeared as a surprise opponent for Johnny Elite, who he would go on to defeat via the Game Over. The appearance marked the first time that Miro had been seen since November, as he has been dealing with a hamstring injury as well as filming a pilot for a new series on CBS.

Opinion: This is a return that fans have been waiting for over the course of several months and hopefully Miro is able to be the kind of star that he has the potential to be. Miro is someone who has made a big impact in the time that he has had in AEW and very well could be doing more and more this time around. He is already off to a fast start and now we could be in for something even bigger.

What do you think of Miro? How will he do in AEW? Let us know in the comments below. 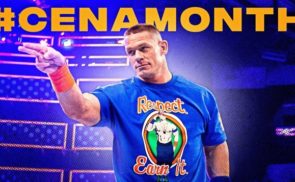 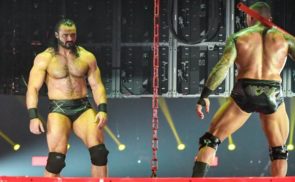 WATCH: Drew McIntyre vs. Randy Orton From WWE Hell in a Cell 2020