It Didn’t Work: Bryan Danielson Reveals How He Tried To Get Fired From WWE Job

He wanted out. There are all kinds of different WWE programs every week and not all of them involve actual wrestling. The company regularly features a variety of shows recapping recent action or focusing on interviews with wrestlers. Those shows have their own regular hosts, but a former one is now recalling a time when he was desperately trying to get off his own show.

IN CASE YOU MISSED IT: Try Him: AEW Reportedly Planning Push For Popular Star

Bryan Danielson appeared on Renee Paquette’s The Sessions podcast and discussed their time hosting Talking Smack in WWE. Danielson revealed that during some of his time on the show, he was actively trying to get fired. Danielson cited frustrations with not being medically cleared to wrestle and not wanting to be brought in for television for just Talking Smack. In efforts to get fired, Danielson would regularly bring up James Ellsworth having a “huge hog” despite being told not to by management. Eventually Danielson was cleared to return to the ring in 2018 before leaving WWE in 2021.

Danielson did some great work on the show. Check out some of his time on Talking Smack: 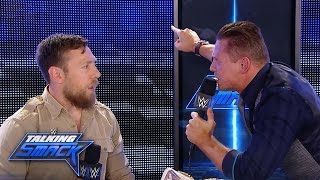 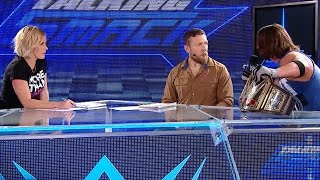 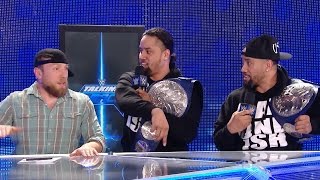 Opinion: I can’t say I’m surprised at something like this as Danielson trying to get himself fired from a show that is so against his normal focus isn’t shocking. Danielson is the definition a wrestler rather than a sports entertainer, so putting him on a show based on talking was always a bit of an odd fit. At least he seems to have found a place where he is a lot happier though, even if his time on Talking Smack was pretty great.

What do you think of Danielson’s time on Talking Smack? Where did he do the best work of his career? Let us know in the comments below. 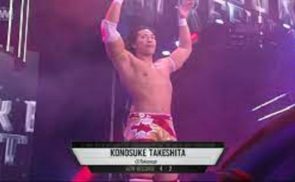 Not Welcome: Backstage Reaction To Vince McMahon Wanting Back In WWE (It’s Not Good)