It’s still Quake By The Lake week and that means a lot of talking this time, as Bryan Danielson is back after getting beaten up by Daniel Garcia a few weeks back. Other than that, we have Orange Cassidy in action and that can oddly work. Rampage hasn’t been great in recent weeks so maybe they can pick it up tonight. Let’s get to it.

Here is Bryan Danielson to get things going. Tony Schiavone asks him about Daniel Garcia calling himself the Dragon Slayer. Danielson talks about how he has been wrestling for 23 years and now he needs to live to the fullest. That means he can never stop wrestling and his career is not ending next Wednesday.

Cue Garcia to interrupt and call Danielson his hero, but it sounds like his hero is ready to lose. Garcia is ready to make Danielson call him the greatest sports entertainer alive. That’s too far for Danielson, who doesn’t like what Chris Jericho is putting in Garcia’s head. Danielson talked about Garcia being a founding member of the Blackpool Combat Club because he remembers seeing Garcia wrestle for 60 minutes in front of 250 people. With a grab of Garcia’s face, Danielson asks if he wants to be a sports entertainer or a wrestler before walking out. Garcia looks a bit shaken.

We look back at CM Punk’s return and showdown with Jon Moxley on Dynamite.

Melo and Guevara, the newlyweds, are defending. It’s a brawl to start with the women brawling on the floor and Martin hammering away on Guevara inside. We settle down to Melo saving Guevara from a whip into the ropes and comes in, complete with a kiss. Said kiss takes too long though and Blue comes in with a high crossbody, setting off a beating. Melo pulls her into…some kind of a stretch on the mat but Blue is back up with a running knee into a spinning kick to the face. Guevara grabs Blue’s foot though and a pump kick drops her as we take a break.

Back with the guys coming back in to start the strike off with Martin sending Guevara outside for a dive. Melo comes back in for a distraction so Martin uses her as a launchpad into a Canadian Destroyer for two more. Back up and Melo plants Martin with a floatover DDT but Skye takes out Guevara with a high crossbody. Not that it matters as the TayKO finishes for Melo at 7:18.

The Lucha Bros are excited about Pac being back so the Death Triangle can be at full strength.

Slim J is here with the debuting Boudreaux, better known as Harland in NXT. Boudreaux runs Kiss over to start and slugs away in the corner but gets caught with the handspring slap. A chokeslam drops Kiss and a belly to back slam finishes for Boudreaux at 1:01.

La Faccion Ingobernable yells at Private Party, who aren’t having it. Private Party is ready for Keith Lee/Swerve Strickland next week.

Billy Gunn is here with the Gunn Club. Redbeard shoves Colten down to start so Austin comes in, earning himself a hard shoulder down. Danhausen comes in and gets thrown into the corner as we take a break. Back with Danhausen slipping between Austin’s legs and handing it back to Redbeard for the house cleaning.

Everything breaks down and Redbeard hits a running crossbody to drop the Club on the floor. Back in and a slingshot hilo connects, setting up a spinning kick to the face for two on Austin with Colten making the save. Redbeard suplexes both Gunns but Billy low bridges him to the floor. The Fameasser gives Austin the pin at 7:00.

Post match Billy yells at his kids and says he misses the Acclaimed. They need to toughen up a bit and do what he taught them. They can prove themselves next week on Dynamite, opponents unknown. Billy walks off but Stokely Hathaway pops up in the crowd with his business card, but the Club walks off.

Keith Lee/Swerve Strickland are ready for Private Party, who aren’t even in the top five. They can get a chance anyway.

Here’s Hook for a chat and he actually says something: YEP, when asked if the title is really going to be up in an open challenge on Dynamite. Cue Zack Clayton from Jersey Shore to say he’s taking the title next week.

Ari Daivari is ready for Orange Cassidy, even if Cassidy won’t join the Trustbusters. Cassidy does Mark Henry’s line so Henry cuts him off and does it properly.

The Trustbusters and Best Friends are here too. Hold on as Daivari gives Cassidy one more chance to join the Trustbusters and all he has to do is lay down. Cassidy does, but then rolls over before the cover. After a hug from the Best Friends, they go back inside for some grappling, including Cassidy using his hands in the pockets to knock Daivari away. The dropkick and nip up keep Daivari down but he manages a shot of his own. A Trustbusters hug on the floor sends us to an early break.

Back with Daivari holding a sleeper until Cassidy makes the rope…and gets put right back into the sleeper. That’s smarter than most wrestlers. Cassidy gets out again and they collide for a double knockdown. Back up and Cassidy’s spinning DDT is blocked and Daivari hits a running neckbreaker.

Cassidy tries the Orange Punch but gets caught in a Rock Bottom for two. Another spinning DDT works better for Cassidy, followed by the top rope DDT for a rather near fall. Everyone gets in a fight on the floor so Cassidy hits a dive to break it up. Back in and Daivari catches him on top with an Iconoclasm for two, only to get caught with the Orange Punch for the pin at 13:05.

Post match Boudreaux gets to clean house but Sonny Kiss comes in and jumps Cassidy so Boudreaux can lay him out. Kiss is a Trustbuster to end the show. 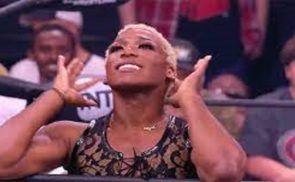 To The Other Side: Stunning Turn Follows AEW Rampage Main Event 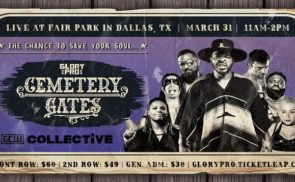