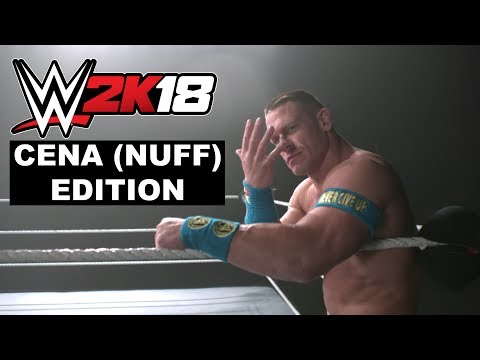 WWE and 2K have today revealed details on the Collector’s Edition for WWE 2K18 release and who the focal point of the package is.

16-time WWE Champion John Cena will celebrate his 15th Anniversary as the featured superstar for the Collector’s Edition. The video above showcases the announcement from 2K and we definitely recommend watching it first before you continue reading to allow the full experience.

In the announcement, 2K had this to say about the edition:

“The WWE 2K18 Cena (Nuff) Edition celebrates the amazing 15-year career of John Cena while incorporating his polarizing presence in the WWE Universe. Whether it’s “Let’s go, Cena!” or “Cena Nuff” chants and signs, John Cena elicits a powerful reaction. WWE 2K Universe members will be able to express either sentiment in this fully loaded package.”

Be sure to pre-order (available here) now as there are only 30, 000 copies available worldwide. The WWE 2K18 Cena (Nuff) Edition will be exclusively for PlayStation 4 and Xbox One at participating retailers for roughly $149.99. This may change depending on where you live, so be sure to check your local listings.

Players who purchase the game will receive Early Access to their game copies and in-game bonuses (which includes the Cena (Nuff) Edition digital content) beginning four days early on Friday, October 13, 2017. For all other players, WWE 2K18 will release on October 17, 2017 on both PlayStation 4 and Xbox One. It will later release in the fall of this year on Nintendo Switch.

The developers also took to Twitter to clarify the aforementioned SuperCard bonus:

The @WWESuperCard content in the #WWE2K18 Cena (Nuff) Edition is only available in that version of the game. It's not in the Deluxe Edition. https://t.co/y9r32qFrAq

If any more news does come out on WWE 2K18, Wrestling Rumors will be sure to keep you updated.

I am super excited for this game to get released. The only thing that really frustrates me about this year in the franchise is that we’ve yet to see gameplay.

Do you like these bonuses? Will you purchase this version? Let us know in the comments below or over on our Facebook page or Twitter account. Additionally, you can find me on Twitter at @SOSNH1995. We also want to remind you that we have a Newsletter you can sign up to. This will allow us to send you the best news in one place via an email. We also have the Wrestling Rumors app that we encourage you all to download to get updates faster than they release on our various pages. It is available on Android and iOS devices. 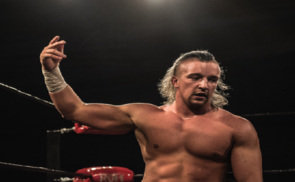 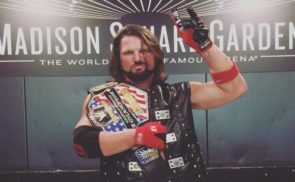