Batista on His WWE Name, if WWE Helped Him Transition to Acting

Batista was interviewed by Uproxx where he spoke about coming up with his name in WWE, if WWE helped him transition into acting and the Deacon Batista storyline.

If you’ve felt a lack of action missing Batista on ‘Raw‘ or ‘Smackdown Live,’ we highly recommend checking out this full match featuring a returning Batista taking on Randy Orton on ‘Raw’ after Orton had previously injured him to put him out of action. Look for the brute strength on display by the ‘Animal.’ 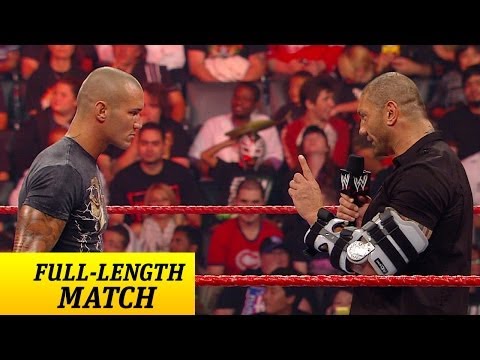 On coming up with his name in WWE:

“I actually didn’t. All right, here’s the funny thing about that, because when I was …when I went up, when I was called up from OVW, which was our training facility, they changed my name and changed it to ‘Batista.’ I didn’t realized they changed the spelling of it. Well, I was told the reason they did that was so people would be able to pronounce it easier, and then I was told later by another wrestler, he said, ‘No, you dummy. They did that so they could own it. They just can’t own your name. They changed the spelling, now they own it.’ Which was true. I left WWE without my wrestling name, went back to my real name, and started over.”

On if being in WWE helped him transition into acting:

“I don’t know if it did. I think as far as comedic timing whatever, I think that all comes from me really just being a fan of movies, being a fan of comedians, and not being afraid to embarrass myself. Not being afraid to make fun of myself. I think that’s where that comes from. As far as wrestling, it’s weird because it’s such a big, I don’t know, physical type performance. It’s hard to compare it to actual film acting. Yeah. Yeah, maybe. I mean, I never really thought about it as far as that kind of timing goes because when I was with the WWE the last thing I wanted to do was get on a microphone and actually speak because it would just terrify me.”

On what he thought of being involved in the D-Von Dudley storyline as Deacon Batista:

“Only in WWE. When I first came up, I did this character called Deacon Batista, so it was the same last name, but I was working with this guy named D-Von Dudley and he was doing this televangelist preacher type deal where he was collecting money and I held this big, goofy box and I was a security guard of his money box. So ridiculous. It was horrible.”

What are your thoughts on what Batista had to say? Do you think WWE solely changed the character name so they had the rights to his name or the pronunciation was a part of that? Let us know in the comments below or over on our Facebook page or Twitter account. Additionally, you can find me on Twitter at @SOSNH1995. We also want to remind you that we have a Newsletter you can sign up to. This will allow us to send you the best news in one place via an email. We also have the Wrestling Rumors app that we encourage you all to download to get updates faster than they release on our various pages. It is available on Android and iOS devices. 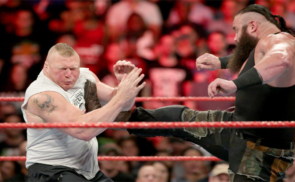 Why was Braun Strowman Not on “Monday Night Raw”? 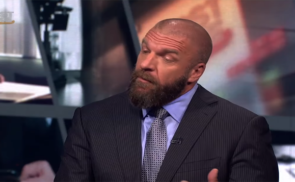