Acknowledge him. It’s no secret that for several years, Roman Reigns has been a main fixture of WWE programming and has been featured in many prominent storylines. He has made history in several categories, and as of today, has done that one more time.

Today, Sunday, January 16, 2022, marks Reigns’ 504th day as the Universal Champion. This officially makes him him the longest reigning Universal Champion in history. This ran began at the Payback 2020 pay-per-view, when he defeated Bray Wyatt and Braun Strowman in a Triple Threat match.

History-making. Record-breaking.@WWERomanReigns is officially the longest-reigning #UniversalChampion at 5??0??4?? days and counting.

This Sunday marked Reigns’ 504th day as the Universal Champion, surpassing Brock Lesnar’s previous record of 503 days from 2017-2018 which came to an end at the hands of none other than The Head of The Table himself.

After making his return at last year’s SummerSlam and aligning with Paul Heyman, Reigns claimed the Universal Title for a second time at WWE Payback in a grueling No Holds Barred Triple Threat Match and has since gone on to vanquish all who stood in his path, including WWE legends Edge, John Cena and The Beast.

The Head of the Table is one of two WWE Superstars, the other being Lesnar, to hold the Universal Championship for more than 500 days.

Some people like it, many people hate it, and several people have despised the fact that he has been “pushed down our throats” for almost 8 years. To those critics, I say… ACKNOWLEDGE HIM. There is no doubt in my mind that Roman Reigns is far and away the best thing going in wrestling today and has been for many years. No one is on his level, not even Brock Lesnar right now. He has been the right person to become the face of the company and WWE knew what they were doing when they made him The Tribal Chief, The Needle Mover and the Head of the Table. I anticipate this championship run lasting a very long time, which is an awesome thing! 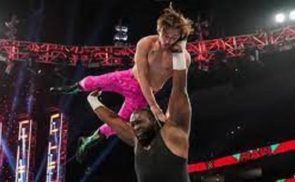 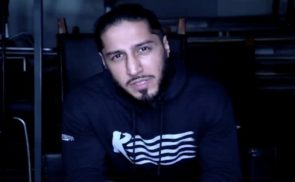