The trilogy will conclude. Tonight on Raw, it was announced that Cody Rhodes will do battle with Seth “Freakin” Rollins at the upcoming Hell in a Cell premium live event in a match of the same name.

After defeating Seth “Freakin” Rollins for a second straight time at WrestleMania Backlash, Cody Rhodes was ready to move on to the next challenge in pursuit of the ultimate prize, but The Visionary was not.

Rollins stormed onto Monday Night Raw the following night to level a heinous attack on Rhodes and cost him a potential United States Championship victory. On the ensuing edition of the red brand, The American Nightmare delivered a message to his rival and set a Hell in a Cell Match showdown for their third encounter.

With whatever mutual respect that was left between the two Superstars now thrown out the window, what destruction will Rhodes and Rollins wreak on one another inside the horrifying and brutal structure?

You knew this was coming, but it doesn’t diminish the excitement of this match. Rhodes delivered a fantastic promo on tonight’s show, with Rollins responding in an equally tremendous fashion. Their first two matches were fantastic works of art, and I expect nothing less from the third and final match in the trilogy! 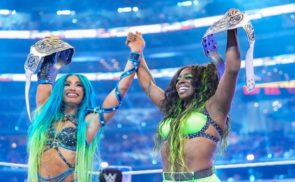 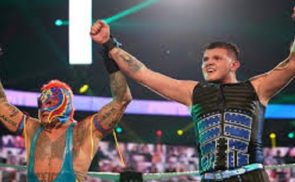