That’s a change of pace. NXT has been undergoing a complete rehaul over the last few weeks and that seems to be continuing going forward. This could be quite the reshaping over everything and it remains to be seen just how many changes we get out of the whole thing. NXT has come a long way doing things in one way, but now they are making a pretty big switch.

According to the Wrestling Observer Newsletter, WWE is no longer looking at independent wrestlers to find new talent. Instead, WWE is allowing AEW to focus on the independent circuit and will focus on finding people with the right look to turn into wrestlers. There will also be more tryouts for athletes, similar to the tryout camp recently held in Las Vegas. However, it is also noted that WWE has changed its mind on this kind of decision before.

WWE tryouts are no joke. Check out how they have gone before: 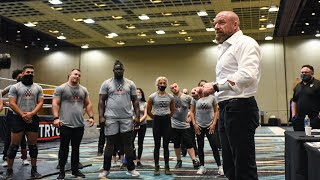 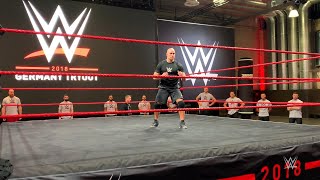 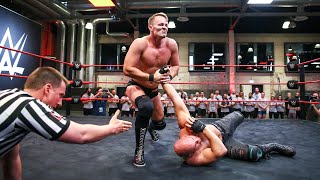 Opinion: This does not seem to be the best idea on the surface, as WWE has found quite a few major names from independent wrestling. I would not be surprised if there were exceptions for names who go above and beyond the norm on the independent scene, but cutting them off for the most part makes me nervous. The idea of focusing on wrestlers based solely on their looks seems a bit shortsighted, if nothing else just for all of the names that are being left out.

What do you think of the strategy? How do you see it working? Let us know in the comments below.