New home. There have been a lot of comings and goings with the WWE roster in recent months and those changes are likely to continue. One of the interesting things about the departures winds up being where someone winds up next. That can make for a great moment, even if you know someone is going to wind up. Now one of the arrivals has actually taken place.

IN CASE YOU MISSED IT: WRESTLING RUMORS: Major Title Change Planned Before WrestleMania 39

This week at New Japan Wrestle Kingdom 17, Mercedes Mone, formerly known as Sasha Banks in WWE, made her debut for the promotion. Mone, referring to herself as the CEO, debuted after IWGP Women’s Champion Kairi (formerly known as Kairi Sane in WWE) defeated Tam Nakano to retain her title. Mone went on to attack Kairi’s arm before announcing that the two will face each other in San Jose, California on February 18. There is no word on if Mone will wrestle before then.

Here she is. Check out Mone’s New Japan debut:

Opinion: This is one of those debuts that you probably knew was coming but it still worked very well. Mone is someone who feels like a big star coming in to New Japan and that is the kind of thing that could boost their fledgling women’s division. As a former WWE star, fans are going to know who Mone is and now we should be in for some rather entertaining matches in her new home.

What do you think of the debut? How will Mone do in New Japan? Let us know in the comments below. 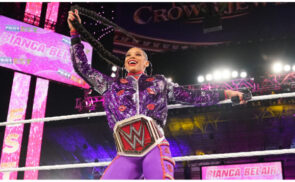 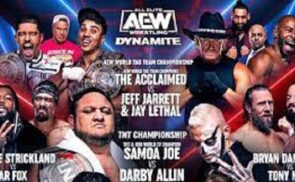