There is something to it for AEW. Celebrities have a long history in wrestling and that is a rather logical situation. It makes sense for wrestling fans to be interested in an outside coming into their world and see what happens. At the same time, the celebrity’s fans like to see what is going to happen to someone they care about. That is going to be the case again later this week.

This week’s edition of AEW Dynamite featured a backstage segment between Jade Cargill and Diamante. The two are scheduled to face off for Cargill’s TBS Title on this week on Rampage, but Diamante had promised to bring a friend to deal with Cargill’s Baddies. Diamante introduced rapper/reality star Trina as her friend, which resulted in a staredown with Cargill. Rapper Cardi B. responded to the moment on Twitter, earning an invitation from Cargill.

Run it up! Let me know when you want to come through ?? @iamcardib https://t.co/SwjK1cX7l4

Opinion: This is the kind of thing that might not mean much to a lot of wrestling fans but it can get AEW some special attention, ala from Cardi B. Maybe this can help boost up Rampage’s audience, as the publicity alone could be a great thing. If nothing else, AEW can always use a boost, just like any other wrestling show. It seems there is an audience for this so maybe it can work. 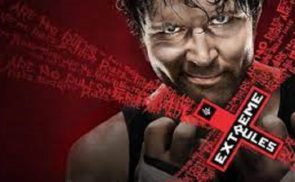 Triple H Says THIS WWE Rule Will Not Be Changing