Two More Matches Set For AEW All Out

There’s more to it than that. We are coming up on one of the biggest shows of AEW’s year with All Out. The show is arguably their biggest of the entire year and that means we are going to be seeing some huge matches take place this coming Saturday night. With less than three days to go before the show, you would think that the card is finalized, but two more matches have been added to the show.

There are a lot of different ways to set up the matches on a pay per view card and that is what we saw this week. AEW has a lot of stories taking place on the show and in this case we are going to be seeing matches that were put together in a few different ways. One of the matches has a history but the other was put together this week. Both of them do sound interesting though.

Two more matches were added to All Out during this week’s Dynamite. First, the Young Bucks and Jurassic Express teamed up to defeat SCU and Private Party. As a result, the Young Bucks and Jurassic Express will be facing each other in a regular tag match at All Out. The other match announced was an eight man tag between the Dark Order (Brodie Lee, Colt Cabana, Evil Uno and Stu Grayson) and the team of Scorpio Sky, Dustin Rhodes, QT Marshall and Matt Cardona. The match is the result of Lee and the Dark Order attacking Cody after Lee defeated him to win the TNT Title.

The matches should be solid. Check out how we got here:

Opinion: This is as good of an idea as we can have for some of the people involved as the Young Bucks are some of the higher profile names on the roster. You also have the story of Cody’s friends and family standing up for him after the Dark Order attacked him last month. The card is looking good and these are the kinds of matches that can help flesh things out a little bit.

Who wins the matches? Which interests you more? Let us know in the comments below. 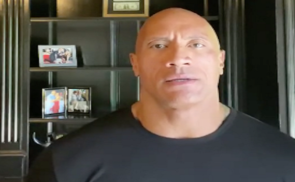 The Rock and His Family Test Positive For COVID-19

Long Time Grudge Match Set For AEW All Out Buy In