Backstage News On Why The IIconics Were Split Up

The surprise explanation. There are times where WWE presents an angle or plot point that changes something in a hurry and it doesn’t make the most sense. That can be a good or a bad thing given the circumstances, but unfortunately it tends to be the latter more often than not. There was a rather surprising change this week on Monday Night raw and now we know why.

During this week’s Monday Night Raw, the IIconics lost a match to the Riott Squad where the winners received a future Women’s Tag Team Titles. However, the losers were forced to disband forever, meaning the IIconics are no more. They have been together for a long time now and even knew each other from their high school days in Australia. The team is now done, and as random as it seemed, WWE has their own reason.

According to PW Insider Elite Audio, the IIconics were split up for the sake of pushing Peyton Royce as a singles wrestler. The plan had always been to push Royce on her own and WWE is deciding to pull the trigger now. There is no heat on Kay and she is not leaving WWE. It is not clear what will be happening to her, but she was taken out on Raw Underground, which could be used to take her out of action for the time being.

They took it pretty hard. Check out how things went for the former team on Monday Night Raw:

Opinion: This could be something that makes sense in the end as Royce is someone who could become a star on her own. That being said, this feels like it came a little early as the IIconics felt like they had a lot more juice. They are the kind of team who can be reheated again in a hurry based on their promos, which isn’t the easiest thing to fine. I get the idea, but I don’t quite agree with the logic behind it.

What do you think of the plan? Will Royce be a success on her own? Let us know in the comments below. 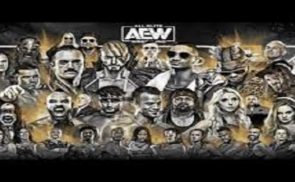