I’m not sure what to think of the show these days and there isn’t anything coming out of last week to set this up. They had something going for a few weeks with something leading to a possible story for the next week but that hasn’t bee the case in a long time now. Maybe we can get a little something here so let’s get to it.

Hayward grabs a headlock on Griffin to start but Griffin reverses into one of his own. Back up and a hiptoss has Griffin in the corner but it’s off to Montana. A sunset flip gives Chase two before it’s time for the spelling stomps. Montana doesn’t care for that and sends him face first into the mat. Chase isn’t having any of this and fights up, getting over for the tag to Hayward. House is quickly cleaned and the Fratliner finishes Montana at 3:49.

Miller wins an exchange of forearms and grabs an armbar. Some more forearms set up a Regal cutter for two on Grace, who drives her into the corner to even things up. A bow and arrow hold has Miller in more trouble and we hit the chinlock. Miller fights up and kicks away but gets caught in a sunset flip. That’s broken up though and Miller grabs a cradle for the pin at 5:13.

Carmelo Hayes is here with Williams. Some running shoulders set up an armbar on Williams and it’s an armdrag into another armbar. Back up and Williams him down before cranking on a wristlock. Chen gets caught in an armbar and can’t quite power out. The second attempt works a bit better but Williams knocks him down again. An elbow misses for Williams though and Chen gets to strike away. A belly to back suplex gives Chen two but Williams hits the Trick Kick for the pin at 6:06.

Williams and Hayes celebrate to end the show. 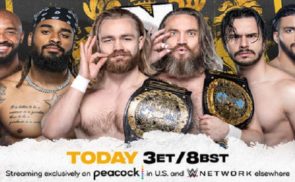 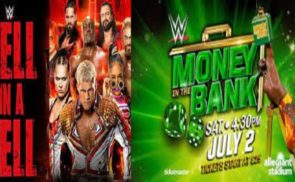