Here Is A Look At How AEW Handles Long Term Planning

It could work at almost any time. Titles are a big deal in wrestling and can make someone’s career. It shows that someone is moving up to the next level and that a company has given him their seal of approval. That is something that still works today and occasionally title changes are planned far in advance. It seems to be the case again and now we know some more about what was supposed to happen.

The main event of this week’s edition of AEW Dynamite saw Scorpio Sky defeat Sammy Guevara to become the new TNT Champion, marking the first singles title of his AEW career. According to Fightful Select, Sky’s title win had been planned since late 2021, with Cody Rhodes’ departure causing a minor change of plans. Rhodes had originally been planned to lose the title to Guevara but Rhodes was diagnosed with Coronavirus, causing the delay. Sky’s title win has long since been planned.

Opinion: This is one of the more interesting things about AEW, as they seem to have things planned out for a very long time in advance. It is not something that you see happen around the rest of the wrestling world but it is something cool to see. At the same time though, the story has to work, as you never know what you are going to see when the ideas actually become reality.

What do you think of the title change? How will Sky do as champion? Let us know in the comments below. 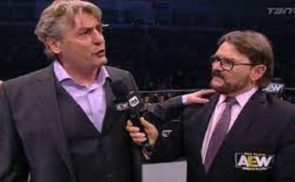 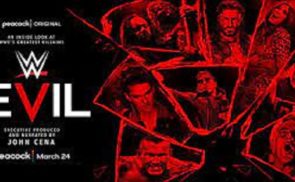