There he is. Wrestlers jump from promotion to promotion fairly frequently these days, but that doesn’t make it any less exciting. It can be a lot of fun to see someone show up in a different company, as you never know what they might be doing. Sometimes it is nearly impossible to hide who is going to be showing up though and that was the case again with the latest debut.

Jeff Hardy made his AEW debut this week on Dynamite, saving his brother Matt, Sting and Darby Allin from an attack at the hands of Andrade El Idolo, Private Party and the Butcher and the Blade. This came three months after Jeff was released from WWE after walking out on a match at a live event. There is no word on what Jeff will be doing now that he is a part of AEW.

Opinion: This isn’t exactly a surprise and that is not a bad thing. Your mileage on the Hardys getting back together again might vary but at least we have gotten to the point and can see their latest reunion. I don’t blame AEW for trying something like this again, as the Hardys are one of the best teams of all time. As long as this works out, I can live with the move, so hopefully it goes well.

What do you think of the return? What do you want to see Jeff do? Let us know in the comments below. 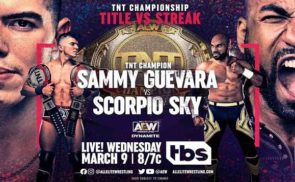