That might be an issue. There are a lot of very talented wrestlers on the AEW roster and a lot of them have been put together into a variety of matches. Some of those matches have developed into quite the series of rivalries, including some for championships. It seemed that we were coming up on another one in the near future but now that might not be the case anymore.

According to the Wrestling Observer Newsletter, the original plan for next month’s AEW All Out would have seen the Young Bucks vs. FTR in a winner take all match for the AEW, IWGP, AAA and Ring Of Honor Tag Team Titles. However, now the plan seems to have changed to the Young Bucks going after the newly formed Trios Titles, possibly with the returning Kenny Omega as their partner. AEW reportedly feels that the Bucks in the Trios Title match has a potential to bring in more money than the Bucks vs. FTR, which still may take place down the line.

Opinion: This is one of those things that can be annoying, as FTR vs. the Bucks for all of the title seemed to be right there for the taking. It would have been the trilogy match between the teams but now, assuming FTR gets their shot at the pay per view, it will be against a team that is very good but not one that they have a connection to. Maybe the Trios Title match will work well, but it doesn’t exactly feel special from here.

What do you think of the change? Which match would you rather see? Let us know in the comments below. 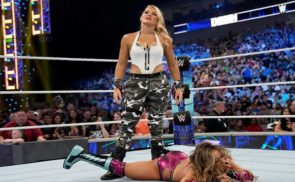 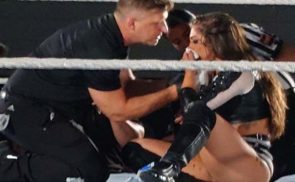 It Keeps Happening: Another NXT Match Stopped Due To Injury Over The Weekend