It’s the first of AEW’s quarterly specials but I’m assuming they couldn’t get the rights to Clash Of Champions. This show is all about the titles, with three championships on the line. One of them is a new title, as Cody Rhodes’ medical issues means we need an Interim TNT Title. Let’s get to it.

This is a new title as TNT Champion Cody Rhodes is missing due to Coronavirus issues. Arn Anderson is here with Dustin. Respect is shown and it’s an armdrag to take Sammy down. That’s fine with Guevara, who grabs a hiptoss but gets kicked away to give us a standoff. They run the ropes and Dustin needs a breather so Sammy flips over him a few times before knocking Dustin outside.

A whip into the barricade rocks Dustin again but he’s back with more chops. There’s a piledriver on the floor to leave Sammy laying but he beats the count as we take a break. Back with Dustin hitting the powerslam and hammering away in the corner. Dustin’s monkey flip is blocked though and Sammy sends him outside, setting up a heck of a double springboard flip dive.

Back in and a cutter is countered, allowing Dustin to hit Cross Rhodes for two. Dustin’s Code Red gets two so he goes up top, only to get pulled into the GTH for a very near fall. Cue Fuego del Sol from underneath the ring with a table (because reasons) but Arn chases him off, allowing Dustin to hit a Canadian Destroyer off the apron through the table. That’s only good for two so Dustin hits back to back Cross Rhodes. What looks to be the Tiger Driver 98 is countered into a rollup for two. The pinfall reversal sequence is on until Sammy gets a sunset flip for the pin and the title at 16:13.

Post match here is Daniel Garcia to jump Guevara but it’s broken up.

Post break, Sammy issues the challenge to Garcia for Dynamite.

Starks, with Powerhouse Hobbs, is defending and gets small packaged for a fast two. Sydal sends him outside in a hurry and it’s a standoff with Hobbs as we take a break. Back with Sydal firing off a bunch of kicks to the head and chest. A super hurricanrana sets up a Michinoku Driver for two more on Starks as the champ is in trouble. Starks loads up Roshambo but his knee gives out, allowing Sydal to kick him in the head. The Lighting Spiral gets two more so it’s the two rope Meteora, with Starks’ foot needing the ropes to escape. Back up and it’s a spear into the Roshambo to retain the title at 9:05.

Post match Hobbs comes in to go after Sydal but Lee Moriarty and Dante Martin run in for the save.

Video on Britt Baker vs. Riho for Baker’s Women’s Title.

Riho is challenging and Baker has Jamie Hayter and Rebel with her. Riho starts fast and knocks Baker to the floor, where a big dive takes Rebel out. That’s enough for Baker to get in a shot of her own but Hayter is annoyed at Baker for not checking on Rebel. A table is set up but Riho uses the distraction to take out Baker and Hayter. Back in and Baker knocks her hard into the corner to stomp away as we take a break.

We come back with Riho hitting a double stomp for two and a running knee strike rocks Baker again. A 619 gets two and we hit a half crab to keep Baker in trouble. Riho goes up top but Rebel pulls Baker away before Riho can dive. That’s fine with Riho, who hits a double stomp onto Rebel to take her out.

The same double stomp misses Baker though and an Air Raid Crash gets two on Riho. Lockjaw is loaded up but Riho slips out into a cover for two of her own. Baker isn’t happy and hits the stomp for two more. Hayter throws in the belt and Rebel hands it to Baker, which is enough to eject Rebel. Riho sends Baker into Hayter and grabs a bridging northern lights suplex for two. Baker kicks her in the face and hits another stomp for two. Lockjaw goes on and Riho taps to retain the title at 12:49.

Post match Rebel and Hayter argue over who gets to hand Baker the title to end the show. 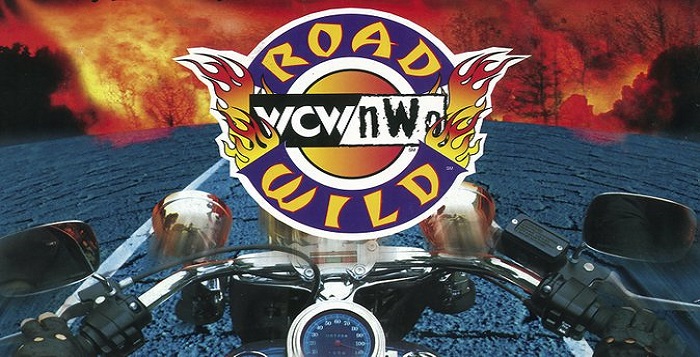