Kenny Omega on Getting Heat, the Elite and Bouncing Off WWE Star for Ideas

IWGP US Champion Kenny Omega was a guest on The Art Of Wrestling where he spoke on getting heat, The Elite and bouncing ideas off a WWE superstar.

On not purposely trying to get heat:

“I never purposely try to get heat with anyone. I try to just be a good human being, but with the way that we carry ourselves, just the way we run our show, our matches or whatever, heat’s just going to come with it.”

On being fine with having heat with WWE:

“I’m never actually directly trying to offend anyone from any other [pro wrestling] promotion. If someone says I have the greatest match of all time, that’s great. I’m going to use that to make my next match mean something or make the rematch mean something more.”

On pro wrestlers criticizing The Elite:

“Maybe I’m going to catch a lot of heat for saying this right now, but I think what all these people need to understand is whether they like it or not, and whether they’d like to admit it or not, is all three of us, we could go where they are and do what they do and do it better, but they could never do what we do.”

On the WWE star he confided in before The Young Bucks:

“The live house opinion is going to mean a lot, of course, because you can feel it, you can hear it. But yeah, but, like, if I ask The Young Bucks’ opinion that is pretty much the opinion that counts the most to me. Back in the day, like, before I was with The Young Bucks all the time and I was in DDT, it was always Rami, ‘Rami, what did you think?’ and if Rami gave it a stamp of approval.”

If you haven’t seen much of Omega, we definitely suggest you watch the video we have provided below which shows Omega teaming with The Young Bucks against Matt Sydal, KUSHIDA and ACH. 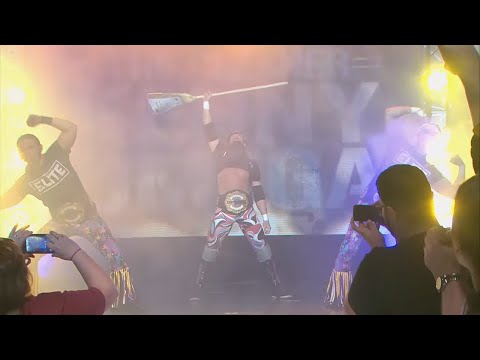 What do you personally think about Omega? Are you a fan? Video: Triple H Has A Message For Jinder Mahal WWE Are Surveying Fans for Their Opinions on 205 Live