He’s back! Earlier today, it was announced that Jon Moxley will be making his return to AEW television on this week’s edition of Dynamite.

You can see the announcement via Bleacher Report below:

Jon Moxley is BACK.

It is unclear what Moxley’s role will be this week, whether it is to compete, or simply make an appearance.

Moxley has been off of television since November of last year when he checked himself into a rehabilitation facility to deal with an alcoholism issue that he has been having. It had been previously reported that he would be making his return to the wrestling ring on January 23 of this year, to defend the GCW (Game Changer Wrestling) World Title against Homicide.

Yes! This is awesome news! As I said before, no matter what you think about the character that he portrays on television, you never wish this upon anybody. I’m so glad that he realized he had a problem and got some help. He can serve as an inspiration to so many who may be going through similar struggles. I cannot wait to see him on Dynamite this week and get the adulation that he so richly deserves! 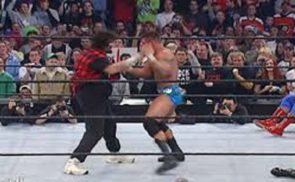 WWE Monday Night Raw And NXT Moving Around Next Month