WWE Still Has Big Plans For Baron Corbin on SmackDown

During this week’s edition of SmackDown, Baron Corbin suffered an “injury” that forced him to give up his spot on Team SmackDown for “Survivor Series,” which went to Shane McMahon later as the show concluded. A lot of people are unhappy about that decision.

Corbin being a part of the elimination match was one of the most interesting stories going into the match because he knew he was going to do well and it would be the start of his push. There were rumors that he’d be facing John Cena at the “Royal Rumble.”

All that opportunity seemed to be taken away from him when he could have just not been involved or stayed true to his character and abandoned his team because he’s “The Lone Wolf.” Fortunately, WWE still has big plans for Corbin after “Survivor Series.”

According to a report from CageSideSeats.com, WWE officials still see Baron Corbin as a potentially big star, but the decision was made to include McMahon and the former had to take the fall. Apparently, Corbin is still very much in the minds of the powers that be.

Do you think Baron Corbin has the potential to be a top heel on SmackDown? 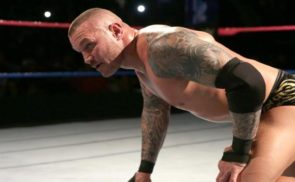 Randy Orton Could Be The Undertaker’s Wrestlemania 33 Opponent 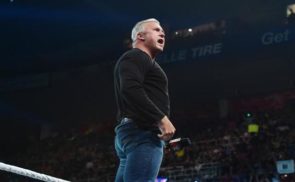