After Raw this week, all anyone wants to discuss is Goldberg’s return to WWE and the match with Brock Lesnar that is pending a date. As cool as Goldberg vs. Lesnar will be whenever WWE books it, they have bigger plans for Brock at the “Royal Rumble.”

The expectation is that we’ll be seeing Goldberg vs. Lesnar at “Survivor Series,” but it will most likely end in a win for Brock. It would be crazy for Lesnar to lose to Goldberg because there are many more matches for The Beast Incarnate than for “Da Man.”

After putting Goldberg down, Brock Lesnar would move into the WWE Universal title and challenge Kevin Owens at the “Royal Rumble” PPV in San Antonio. Obviously, this means that Owens will successfully defend the title until then, which is a lot to predict.

However, the WWE Universe has wanted to see Lesnar vs. Owens for quite some time now. The match would likely be booked for the WWE Universal title. According to a report from Sportsrageous is Lesnar would win the championship from Owens.

It has been reported that Brock Lesnar will be facing Shane McMahon at Wrestlemania 33. That complicates the idea for that feud since the title would have to be on the line, but that’s another issue for another time.

Who do you think Brock Lesnar will face at Wrestlemania? 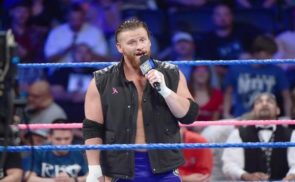