For Goldberg vs. Brock Lesnar, both men could win the match, which makes the contest very exciting and interesting. On the other hand, it also makes it tricky because one of them has to lose the match. The question is just which one will WWE choose?

Did Goldberg return to WWE after twelve years just to lose to Brock Lesnar? WWE just needs to question which of the two men there will be more money in for the long-term and the answer to that is undoubtedly Lesnar, which is the way WWE is leaning.

According to a report from CageSideSeats.com, the plan was always for Brock Lesnar to get the win over Goldberg. As of this writing, there is virtually no chance that WWE will change the outcome of the match in favor of Goldberg.

It could crush Brock Lesnar’s momentum as an unstoppable force, and the belief is that Goldberg will only have one match. What would he do with a win of that magnitude?

Do you think Goldberg or Brock Lesnar should win?

Meet The Latest Recruits For The WWE Performance Center 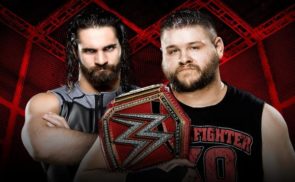 Backstage News On Potential Title Changes For “Hell in a Cell”