Opinion: The Women’s Division Should Have A Money in the Bank Briefcase This Year

At Wrestlemania 32, WWE did a great thing by retiring the Divas Championship and rebranding the division as the women’s division. Not because the term Divas is disrespectful or because the title was in the shape of a butterfly. Those things irked many fans, but I wasn’t one of them.

For me, the rebranding was a strong statement to make women’s wrestling legitimate, to give it the proper respect, and spotlight to make them a significant part of WWE programming. In my opinion, it worked, but it’s going to take a lot more than rebranding the division to give it complete legitimacy in WWE.

Women’s wrestling is definitely being presented in a much better light, but we’re still struggling with a very big issue in the division. Only one feud is being built at a time, and the rest of the performers in the division aren’t fighting for any kind of prize.

Many months ago, I thought bringing back the WWE Women’s Tag Team Championships would fix that issue, but many people are concerned about there not being enough talent in the division.

I still firmly disagree with that, especially with Emma and Eva Marie being called up before Wrestlemania, but if that is still a concern, why not bring in a familiar concept that’ll give the midcard something to fight for in the division: a Women’s Money in the Bank Contract.

Charlotte vs. Natalya is going to be a great at “Payback”, but there is so much more talent in the division besides those two that it’s a shame the rest of the women have to wait or be involved in five on five tag team matches just to get on PPVs.

A Women’s MITB contract could be done in a tournament rather than a ladder match. The tournament could last for several weeks with the finals being at the “Money in the Bank” PPV.

Everyone in the division could be featured in the tournament somewhere and no matter the winner, it’ll ultimately lead right back to the current Women’s Champion, which gives it legitimacy.

Personally, I think a Women’s MITB briefcase should be defended on a regular basis and last for most of the year. Otherwise, it would be a temporary boost for the division.

The WWE Women’s division just had a big transition, but it should be only the beginning. If WWE wants us to believe their women are “superstars” and are on an equal platform as the men, they should be able to utilize some of the same concepts that make the main roster so unpredictable.

Do you think the Women’s division should have a Money in the Bank contract? 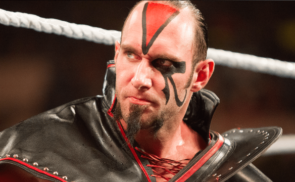 The Ascension’s Viktor Has Joined The Social Outcasts 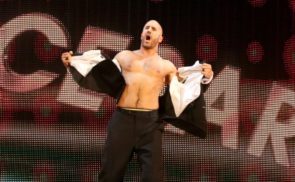