The People’s Champion hasn’t been featured on WWE programming for quite some time now. The WWE Universe knows that Hollywood is his priority, but The Rock hasn’t been at the last three WrestleMania events and he missed the 1000th episode of SmackDown.

A lot of people also noticed that The Rock was absent from Monday’s Raw Reunion. The WWE Universe wasn’t surprised by this at all, but the reason why he missed the show is the same reason The Rock can’t attend any WWE events these days. He’s just too busy.

Related: The Rock Names His 3 GOATS In WWE History

According to a report from talkSport, The People’s Champion was too busy promoting Hobbs & Shaw for Universal and couldn’t take the time away to get to Tampa for Raw, but it’s unlikely he had a choice in the matter. WWE reached out to him for the event, but that doesn’t mean anything because his commitments to Hollywood take priority.

Unless he makes some time out of his schedule, the next big opportunity for The Rock’s return would be SmackDown’s debut on FOX in October. Obviously, WWE officials have reach out to him and his status is up in the air. However, FOX is a very big platform and it’s not out of the question for him to make an appearance there to help the company.

There’s a bizarre expectation from the WWE Universe that The People’s Champion will make an appearance at every big event. The fans have every right to hope, but he has a family on top of everything he’s doing in Hollywood. Most people would choose family over more travel and time away just to cut a fun promo and give the WWE fans a laugh.

Do you think The Rock owes the fans an occasional appearance or do we expect too much? 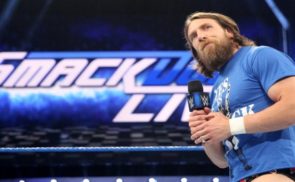 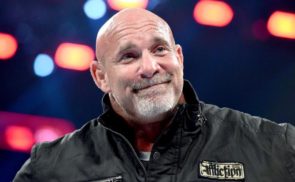