The Rock is the most successful wrestler in the history of the business. In less than eight years, he went from having seven dollars in his pocket and making forty bucks a match to selling out the biggest arenas in the world and main eventing Wrestlemania.

That’s a hell of a story to tell, which is exactly what Hollywood and FOX want him to do with former WWE head writer Brian Gewirtz and Will Ferrell.

The news broke yesterday that The Rock, Gewirtz and Ferrell are developing a pilot for a pro wrestling sitcom based on The People’s Champion’s wrestling career. The show will also be featuring the backstage shenanigans and politics of the wrestling world.

The Rock had the following to say about the development of the pilot:

“This November will mark the 20th anniversary of my professional wrestling debut. I was 24 years old, putting in the hard work, making $40 bucks per match and had no clue of the long journey that lay ahead of me with characters and backstage stories so colorful you’d think there’s no way that can be true. The entertaining show that goes on in front of the crowd pales in comparison to the insanely entertaining show that goes on backstage. Brian and myself can’t wait to tell our stories.”

Do you think this is an interesting concept for a show, especially with The Rock attached? 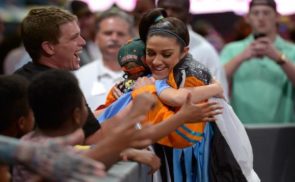 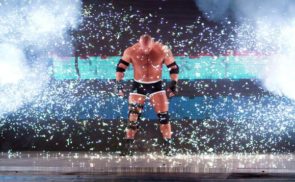