Sexy Star: “We’re Making It Clear To Everyone What Women’s Wrestling Really Is”

Lucha Underground’s Sexy Star has had a spectacular season for the promotion. She’s found tremendous success as a top talent and has done a lot for the show to represent female performers very differently than most wrestling promotions have to this point in the industry.

Women’s wrestling in NXT and WWE has improved dramatically, but LU is offering an alternative to the WWE flavor that is extremely compelling and worth your time as a wrestling fan.

Recently, Sexy Star spoke with Forbes and Donald Wood about Lucha Underground, her role in the company, and the impact of her recent match with Mariposa has had on women’s wrestling.

What kind of platform has Lucha Underground given her?

“The prize for my arduous sacrifice and passion is that Lucha Underground as a company and organization believes in me. I feel extremely proud of that because it also means they believe in women’s wrestling, and I will never fail them in that aspect. Contrary to men, when a woman decides to never fail, she does not disappoint. Lucha Underground believes in the power of women, in a power that goes well beyond physical beauty and that makes me feel even prouder to be considered as central character and top talent within the company.”

What does Sexy think about her “No Mas” match with Mariposa?

“For decades, due to poor representation, female wrestlers have been expected to step into the ring to show off their bodies and model. It feels great to know that the public is clear that my fight with Mariposa was not that. That fight demonstrated that the public has been living in a fog. Thanks to Lucha Underground and their belief in women and their power, we have been allowed the platform we deserve and we the women have made sure to defend our space and value within the company at all costs, even blood. That match was only a little sample of the type of fight women who truly love lucha and defend their dignity with much more than a nice body and pretty face are capable of.”

Do you think Lucha Underground’s influence for women in the industry is getting the spotlight it deserves? 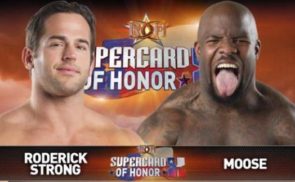 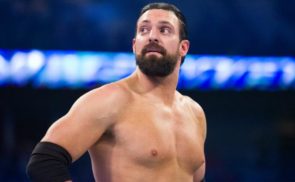 Damien Sandow: “The Fans Chanting My Name Meant More Than Any Title I Could Have Won In WWE”