Sasha Banks hit her stride, gained confidence in her persona in NXT, and roughly two years later, she’s the Raw Women’s Champion. That’s no small feat, especially when you consider how women’s wrestling was presented even a year ago on WWE television.

The Boss is one of the best wrestlers in WWE, but there are a lot of complaints from fans that she’s not “big enough” to be a WWE Women’s Champion. Her in-ring style doesn’t suffer from it, but it’s something she’s aware of and she’s trying to fix it.

According to a recent report from Wrestlezone.com, Sasha Banks is training extremely hard to bulk up and to add more muscle to her physique to make her more resilient.

It has been reported that Vince McMahon believes she can be “injury prone.” He thinks that she only has one speed in the ring, which is “all out.” So, she is hoping that adding muscle will make that label go away as she continues on her Women’s title run on Raw.

The women’s title match with Charlotte at “Hell in a Cell” is expected to be something special and everyone is helping to plan some big spots for the match. Ultimately, that could be the deciding factor on if their match is the main event of the PPV.

Do you think Sasha Banks is too small to be considered a legitimate Raw Women’s Champion? 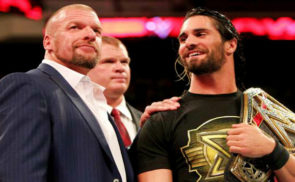 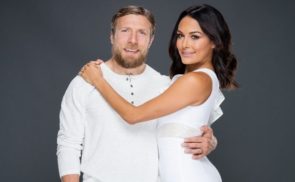